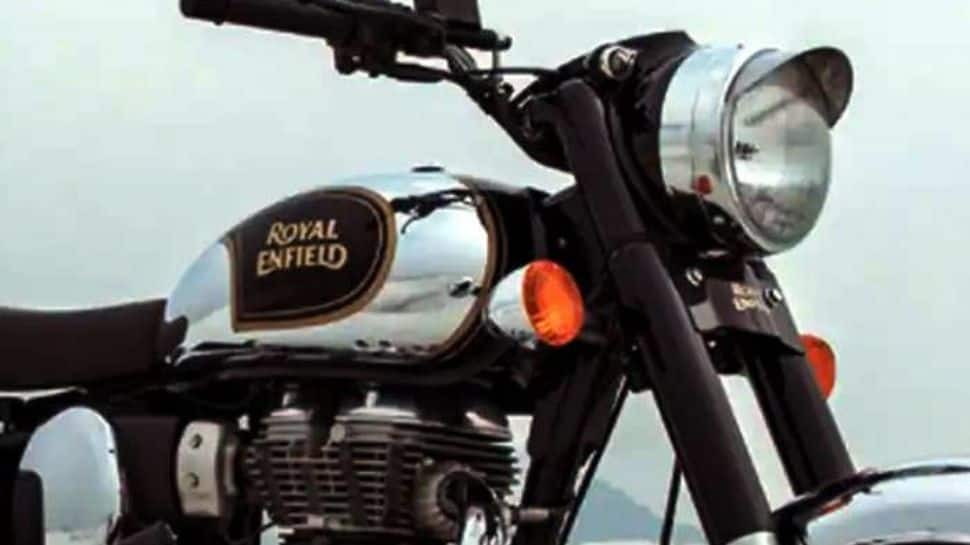 New Delhi: Royal Enfield is all set to launch the 2021 model of the Classic 350 in the Indian two-wheeler market. Several reports suggest that the second-gen Classic 350 bike is expected to launch on August 31. As of now, the Chennai-based automaker hasn’t officially revealed the launch date yet. However, a recent advertisement shooting that was spotted by netizens points out that the launch of the 2021 model of Royal Enfield Classic 350 is around the corner.

According to a report by GaadiWaadi, the second-gen Classic 350 could launch on August 27, four days earlier than the expected date of August 31. However, these are mere speculations and the retro-themed motorcycle could launch at a date earlier or later than the suggestive date.

Royal Enfield Classic 350 is one of the most popular bikes sold by the Chennai-based automaker. The bike along with Royal Enfield Bullet 350 currently dominates the 350cc segment in India.

Royal Enfield Classic 350 competes against the likes of Jawa Jawa, Jawa 42, Benelli Imperiale 400, and Bajaj Bajaj Dominar 400, among others. However, the bike currently outperforms all its rivals in terms of sales.

Royal Enfield will be expecting similar market performance with the 2021 model which will be built on the J platform. Previously, Royal Enfield had launched the Meteor 350 cruiser on J platform, which helps in reducing the kerb weight of the bike while improving its cornering capabilities. Also Read: THIS feature improves Microsoft Teams’ search functions

As of now, Royal Enfield hasn’t officially revealed the prices of the Classic 350 2021 model. However, reports suggest that the bike would get a price hike of Rs 10,000 to the rates of the existing Classic 350 model in the market. Also Read: Neeraj Chopra’s golden run: Check list of rewards promised to gold medallist by brands