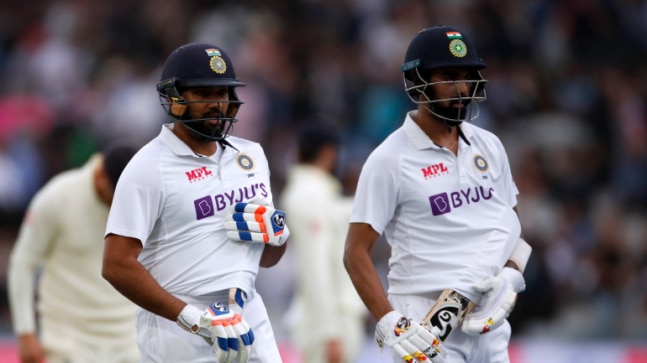 Rohit Sharma and KL Rahul negotiated a tricky first session before crossing the 100-run mark after Lunch on Day 1 of the ongoing second Test against England at Lord’s on Thursday. 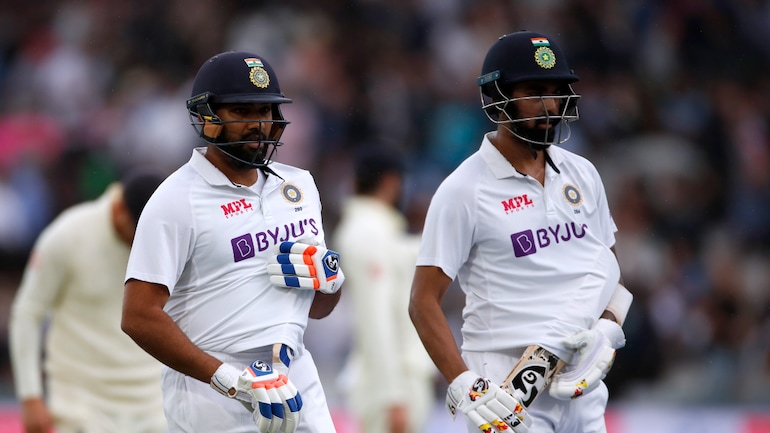 Rohit Sharma and KL Rahul broke a 69-year-old record for India at Lord’s on Thursday in the ongoing second Test with their gritty opening partnership against England.

Rohit and Rahul put on a 100-run opening partnership in a Test match for India at Lord’s for the first time since 1952. Vinoo Mankad and Pankaj Roy were the last Indian openers to achieve the feat when they put on 106 for the first wicket against England in 1952 at the home of cricket.

But India’s latest opening combination managed to better that when they crossed the 106-run mark in the 36th over, just before the drinks break in the second session.

Rohit and Rahul also managed to go past the highest opening partnership by a team after being asked to bat first at the Lord’s when they crossed the 114-run mark in the 41st over thanks to the latter’s first six off the innings.

England’s Alastair Cook and Andrew Strauss’s 114-run stand against South Africa in 2008 was the previous best managed by openers after being inserted into bat in a Test at the home of cricket.

This is also the second 100-run opening partnership in a Test in England after August 2016. Dom Sibley and Rory Burns had the last century-run stand at Old Trafford in 2020.