Over 50 people, who were allegedly involved in the temple demolition incident in Pakistan’s Punjab province, were arrested on Sunday. A mob of around 150 people had attacked the Hindu temple at Bhong city of Rahim Yar Khan district on Wednesday.

The chief minister of Pakistan’s Punjab province, Usman Buzdar, and the Hindu MP of Imran Khan’s Pakistan Tehreek-e-Insaf party, Dr Ramesh Vankwani, confirmed that 50 persons were arrested after verification of the available video footages of the attack.

Usman Buzdar also said that it was the state’s responsibility to protect places of worship of all religions in Pakistan. He promised the complete elimination of such incidents and said that the restoration work of Rahim Yar Khan’s Bhong Sharif temple was in full swing.

The mob had attacked the Hindu temple, burned down parts of it and damaged its idols in reaction to alleged desecration of a Muslim seminary. As police failed to control the situation, the Pakistan Rangers were called in.

“An eight-year-old Hindu boy last week had allegedly urinated at a library of the seminary in the area that caused tensions in Bhong, where Muslims and Hindus have been living peacefully for decades,” news agency PTI said in its report.

As the mob attacked the temple, parliamentarian Ramesh Kumar Vankwani posted videos of the temple attack on Twitter and requested law enforcement agencies to rush to the spot to stop its “burning and vandalising”.

Pakistan Prime Minister Imran Khan took to social media a day after the attack and stated that the government would renovate the damaged temple. 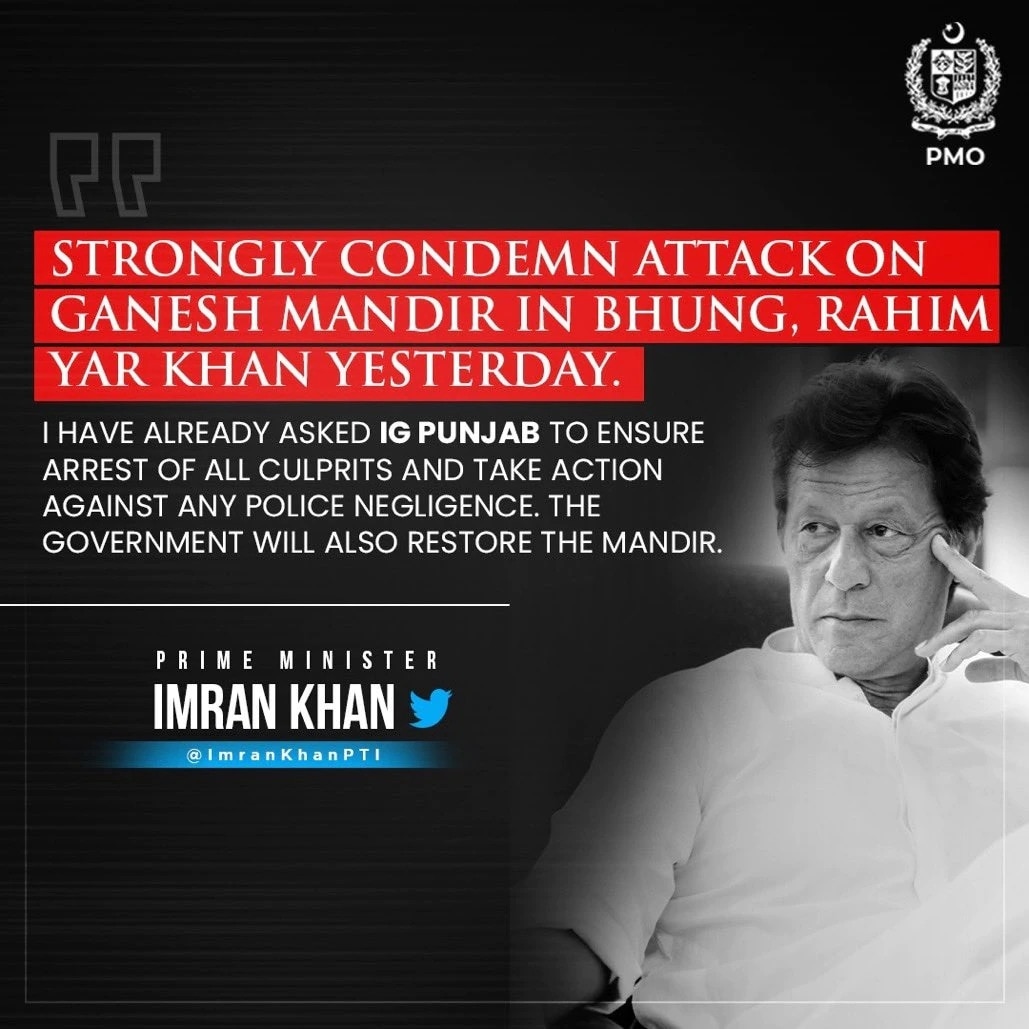 Shortly before PM Imran Khan posted the above picture, Chief Justice of Pakistan Gulzar Ahmed took suo moto cognizance of the matter. Punjab’s chief secretary and inspector general were summoned to the Supreme Court on Friday.