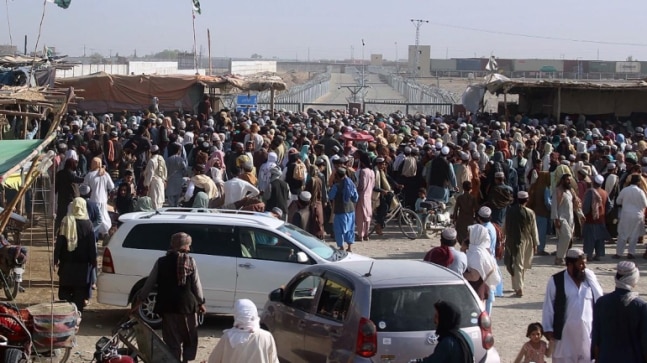 Amid Taliban forces increasingly gaining ground in Afghanistan with some accounts putting 60 per cent of its territory under their control, the White House Wednesday said it is for the Afghan leadership to determine if they have the political will to fight back.

The Biden administration asserted that the Afghan national forces, which has been trained by it for two decades now, has the capabilities and equipment to fight back.

The United States, she said, is closely watching the deteriorating security conditions in parts of the country, but no particular outcome is inevitable.

“We will continue to coordinate airstrikes with and in support of Afghan forces. And as the President made clear, Afghan leaders have to come together and the future of the country is really on their shoulders,” she said.

Nearby at the Foggy Bottom headquarters of the State Department, its spokesperson Ned Price noted that US’s tactics are changing in Afghanistan.

“The President has made the decision to withdraw our military forces. That says nothing about our support for the rights of the people of Afghanistan and what we have done and will continue to strive to do to bring stability and security to the people of Afghanistan, right now as we speak, through a diplomatic process. And I know you tend to discount diplomacy,” he said.

In Doha, its Special Representative Zalmay Khalilzad and his team participated in a meeting of the extended troika, that is to say, the United States, Russia, China, and Pakistan, he said.

There, the countries aligned efforts to press the Taliban to reduce violence, to engage seriously and urgently and Afghan peace negotiations, including the fundamental issues needed to resolve the conflict, he added.

“Tomorrow there will be a broader set of countries, we expect, that will come together,” he said.

“All of this is our intention to forge a consensus and to have the international community, including countries in the region and beyond, to speak with one voice. Both sets of these meetings this week included briefings from both the Islamic Republic, that’s the Afghan government, and from the Taliban negotiating teams,” he said.

Across the Potomac River, Pentagon Press Secretary John Kirby told reporters that the US continues to monitor the situation in Afghanistan closely.

“We are mindful of the deteriorating security situation. And our focus right now remains on supporting the Afghan forces in the field, where and when feasible we can, from the air, as well as completing our drawdown in a safe and orderly way. We are on track to do that by the end of the month,” he said.

“We’re certainly mindful of the advances that the Taliban have made in — in terms of taking over, an increased number of provincial capitals. Our focus is on supporting the Afghans in the field where and when we can and completing this drawdown. I’m not going to speak about planning contingencies or potential outcomes,” he said in response to a question.

“The other thing I’d say is that no potential outcome has to be inevitable, including the fall of Kabul, which everybody seems to be reporting about. It doesn’t have to be that way. It really depends on the kind of political and military leadership that the Afghans can muster to turn this around. They have the capability, they have the capacity, and now it’s really time to use those things,” Kirby asserted.