Girl looks at boy on a train from Galway to Dublin. He sees the empty seat in front of her, and goes and sits on the other side, across the ‘Angelina Jolie’, leaving our girl sighing at yet another missed opportunity. But there’s a story. Of course, there’s a story. Is the story worth it though?

In probably the most popular episode of Modern Love Season 2, Kit Harington and Lucy Boynton board a train on March 13, 2020. Ireland is readying for a two-week lockdown. There’s some form of virus in the air (no, not love, not yet). “It will all be over in two weeks,” says Harington, and from the cushy seats of retrospective wisdom, we let out a snigger. Yeah, sure. “Two weeks!” 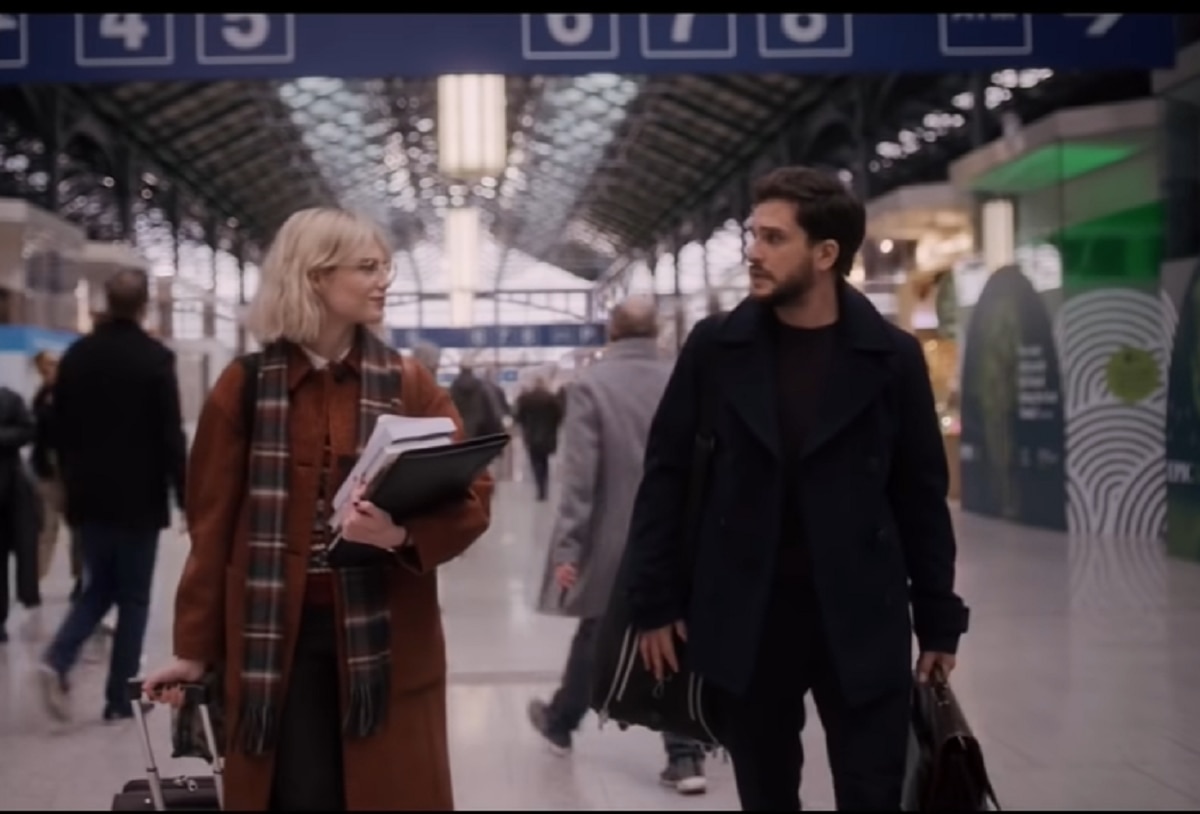 Strangers On A (Dublin) Train

So boy and girl don’t exchange phone numbers. They set up a meeting at that train station, 15 days from the day they arrive in Dublin. No address, no phone number, no full names; heck, not even a first name except ‘Paula’. For people who believe in fate and all that jazz, this is just the perfect story. She is the love of his life, he tells his sceptic of a brother. You should go to the station (even though all of Dublin is under lockdown), her mother tells her. They set off on bicycles, sweet-talking cops, dodging barricades and breaking lockdown. Yeah, some people still do that kind of stuff. And somewhere above them, Love lets out another of ’em smirks. Frankly, you want these strangers to meet. You want them to have a happily ever-after. But reality is hardly that, you realise. The strangers on that train sure have a fate better than you and me. They have a story, the mystery, and the hope of a perfect ending, all bundled in, in three hours of that train ride. Serendipity over scheduled sex on Saturdays, no? The execution stands out; the story, old wine in a new bottle, stamped ‘Corona’. On A Serpentine Road, With The Top Down

In Modern Love Season 2, a few episodes make it to your heart. Yes, they all talk of love: that forever elusive will-o’-the-wisp. Some of our protagonists find love in the waiting room of estranged spouses. Some find love in a second embrace, but with eyes and hearts wide open. Some others make life plans, only to see them crushed under unfulfilled expectations. All the stories in this season speak of different kinds of love. But the impact? Not a scratch on Season 1.

Of course, when a much-loved series gets a second season, comparisons are inevitable. All the stories, 1 and 2, owe their origin to the celebrated New York Times column Modern Love. So while you’re watching Season 2, somewhere you’re still wondering if any episode in this season will match up to Lexi’s from Season 1. As episode after episode flies by, you need to reconcile with the truth: there isn’t one as good as Take Me As I Am, Whoever I Am.

In Season 2, On A Serpentine Road, With The Top Down is one of the better ones. What relationship can a physicist have with her 30-year-old Alfa Romeo? Except, that it is a vintage car that breaks down more often than it runs smoothly? But to her, the car is a talisman that she has been holding on to ever since her first husband died. He taught her driving in that Spider. And on that serpentine road, when she takes the car out on a windy day, she gets to talk to him. How much to let go, what to hold on to. Essentially, the episode is a beautiful lesson in that, much like the column was. The acting is top-notch, with Minnie Driver leading the charge. Director John Carney seamlessly bridges the gap between words and the screen. This episode stays with you. 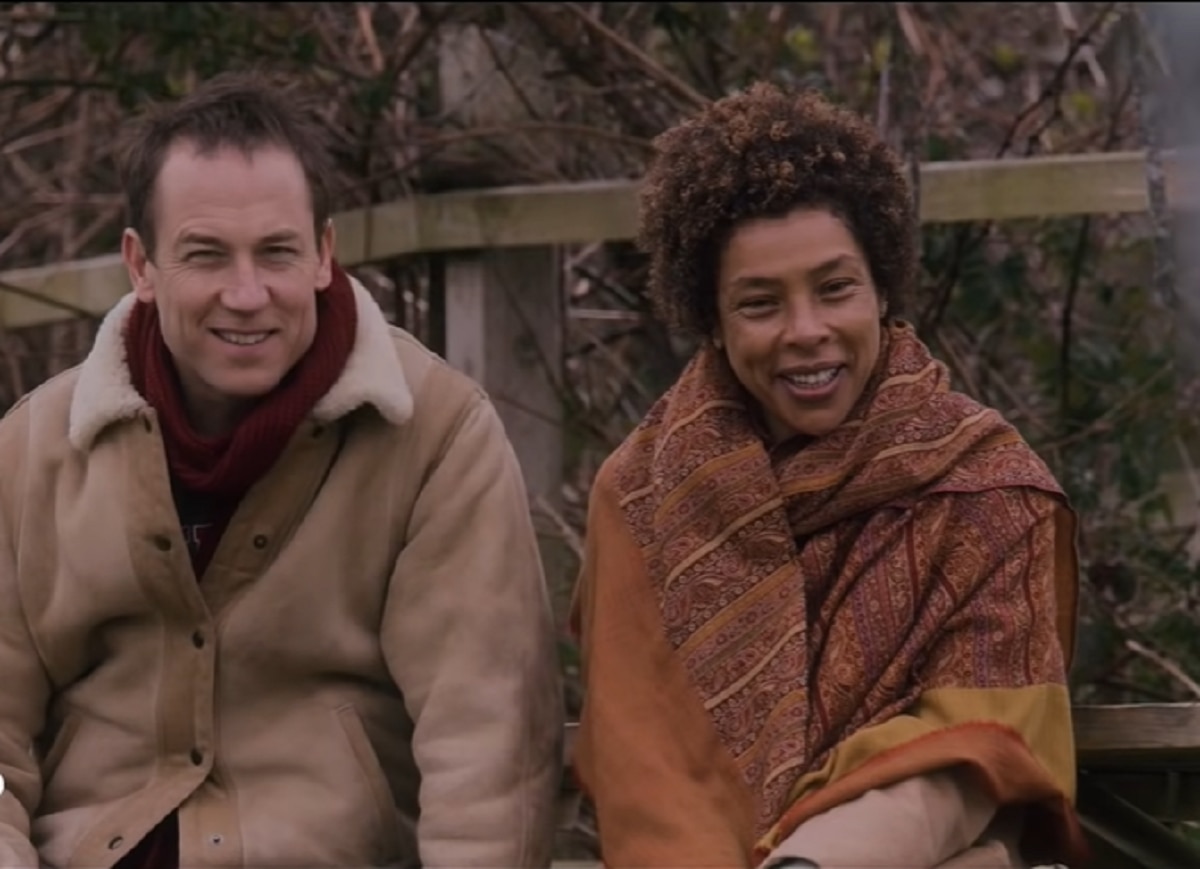 A Second Embrace, With Heart And Eyes Open

The question now is, will Modern Love make you fall in love with Season 2? It’s a tough one. You will like it in parts, depending on what your story is. We tend to do that with anything we consume. You might find resonance in the strangers on the train who read Jon Ronson’s So You’ve Been Publicly Shamed instead of spending their time glued to a screen; or you might see yourself in the estranged spouses at the therapist’s. What the series does do though is reassure you, even if you’re dealing with a particularly abrupt cold turkey of a relationship and have almost sworn off love, that there’s still love out there. Maybe.