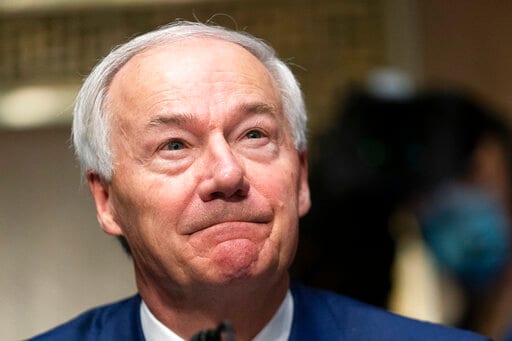 LITTLE ROCK, Ark.: Arkansas on Monday set a new record for the number of people in the state hospitalized because of COVID-19 as its coronavirus surge continued.

Arkansas ranks third in the country for new virus cases per capita, according to numbers compiled by Johns Hopkins University researchers. The state’s cases have been skyrocketing in recent weeks, fueled by the delta variant of the virus and state’s low vaccination rate.

Only about 37% of the state’s population is fully vaccinated against the virus.

The spike in hospitalizations came days after an Arkansas judge temporarily blocked the state from enforcing a law that prevents schools and other governmental bodies from enforcing mask mandates.

The majority-Republican Legislature last week refused to change the law despite GOP Gov. Asa Hutchinson calling on them to roll it back for some schools. Hutchinson signed the law in April, but has said he regrets that decision.