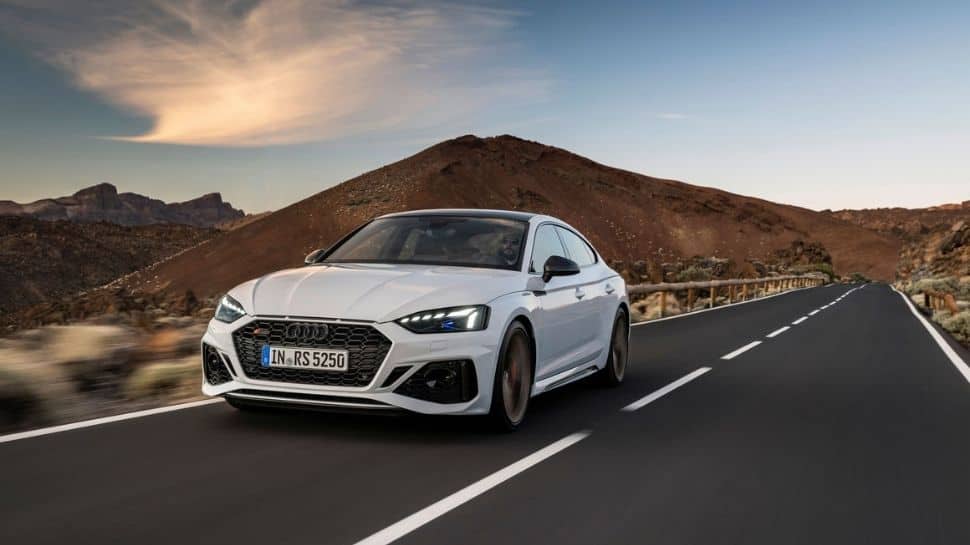 New Delhi: Audi is geared up to launch the updated RS 5 Sportback on August 9 in India, two years after the debut of the luxury sports sedan in international markets way back in December 2019.

However, the Indian model of the Audi RS 5 Sportback is likely to be launched with a few changes, as we have recently seen with the Indian launch of the Audi S5 Sportback. But the engine and most of the aspects of the luxury four-wheeler are expected to remain the same.

In terms of looks, the car sports bold and sportier looks than its predecessors or the Audi RS7 Sportback. The Audi RS 5 Sportback comes with a wider single-frame grille, 40 mm wider wheel arches and revamped LED taillights.

Audi RS 5 Sportback’s base variant is expected to be launched at around Rs 1.5 crore (ex-showroom). Upper-end variants will be priced higher. According to Audi, Sportback RS 5 offers a completely novel driving experience.

Audi RS 5 Sportback is expected to be powered by a 2.9-litre twin-turbocharged V6 petrol engine that is said to be capable of churning out a maximum power of 444 bhp and a peak torque of 600 Nm. Also Read: Realme Book gets a launch date: Check expected price, specs and all you need to know

The engine is supported by an eight-speed automatic gearbox and Audi’s famous Quattro all-wheel-drive system. The luxury sports car is expected to get 19-inch wheels as standard. Customers might get an option to opt for the 20-inch wheels which could be more suited for Indian roads. Also Read: Ready-to-cook idli, dosa, porridge mix to attract 18% GST