Bihar Chief Minister Nitish Kumar carried out an inspection of several ghats in Patna and reviewed the preparedness of the administration to deal with a flood-like situation. With Ganga continuously showing a rising trend in Bihar, the flood threat is now looming large on the state’s capital city.

Every ghat from Danapur to Patna City, which includes Digha ghat, Gandhi ghat, Krishna ghat, Anta ghat, Bhadra ghat and Kangan ghat, is submerged, causing a severe threat of flooding in areas near the river banks.

The Ganga has crossed the danger mark in Buxar, Patna, Munger, Khagaria, Bhagalpur and Katihar districts, leading to hundreds of villages submerging under the water and leaving thousands of people affected.

On Wednesday, Ganga was flowing 129 centimetres above the danger level of 48.6 metres at Gandhi ghat. However, the water level at Gandhi ghat is about 60 centimetres below the 50.8 metres mark, the highest level which was recorded in August 2016. 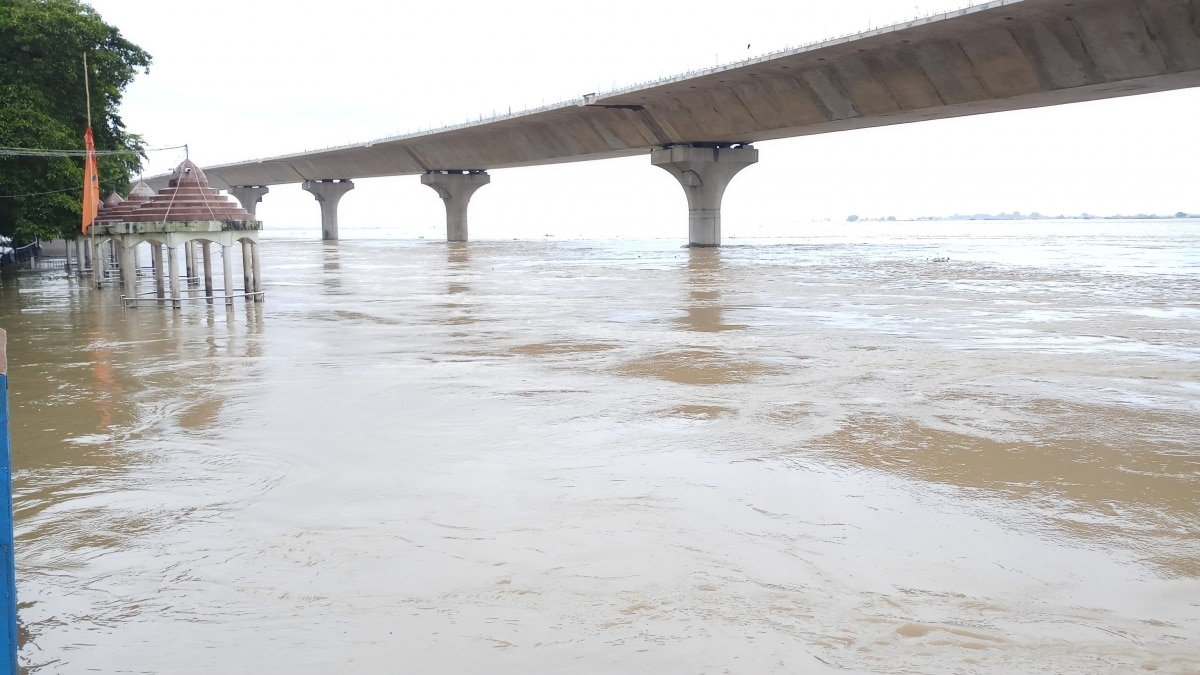 With the river maintaining a rising trend, Patna administration has flung into action to ensure flood water does not enter the city. Sandbags are being placed at various ghats to stop the water from breaching into the city.

CM Nitish Kumar directed officials of twelve districts where Ganga flows to remain on alert and make all necessary preparations to deal with the crisis after carrying out his inspection.

“Water level in Ganga is continuously rising. We have got information that water level would rise further in the next few days. I have conducted an inspection in Patna and directed officials of the districts from where Ganga passes to keep an eye on the situation and make all arrangements to deal with the situation,” CM Nitish Kumar said.