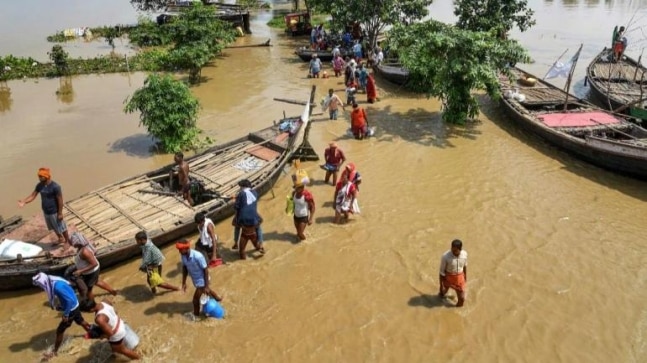 Cremations at Gulbi Ghat along the Ganga have been halted due to prolonged rain in Patna, which inundated the Patna electric crematorium. 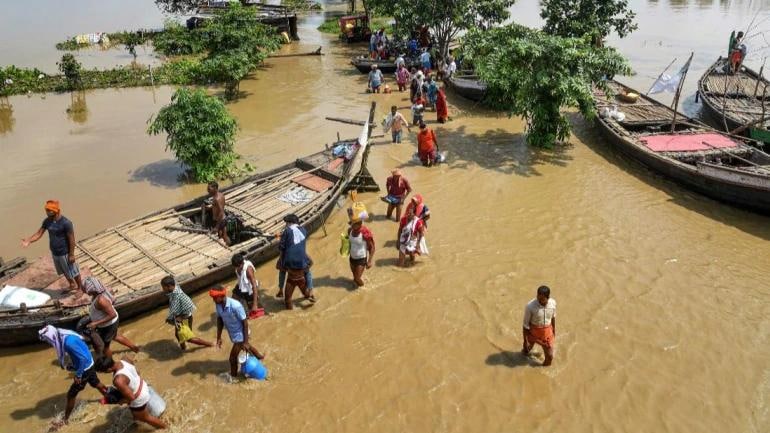 The Ganga has breached the danger mark in several districts of Bihar, submerging hundreds of villages (Photo: File)

Incessant rainfall in Patna has stopped cremations at Gulbi Ghat along the Ganga. The four high-rise platforms adjacent to the electric crematorium, where last rites are performed with wood, have also been engulfed by floodwater.

Families reaching Gulbi Ghat to conduct last rites have to carry bodies and wade through floodwater to reach the platforms for funeral.

Krishna Kumar, who works at the crematorium, told India Today TV, “The water level of the Ganga has increased in the last week, as a result of which water has now entered Gulbi Ghat.”

“The electric crematorium has been inundated with Ganga water, and bodies are not being cremated there. Those who wish to perform last rites with wood have to carry bodies to the platforms by walking in the floodwater,” Krishna Kumar said.

The Ganga has crossed the danger-mark in Buxar, Bhojpur, Patna, Saran, Vaishali, Begusarai, Munger, Khagaria, Bhagalpur and Katihar, leading to hundreds of villages submerging under the water and leaving thousands of people affected.

Nitish Kumar directed officials of twelve districts where Ganga flows to remain on alert and make all necessary preparations to tackle the crisis.

“I have conducted an inspection in Patna and directed officials of the districts from where Ganga passes to keep an eye on the situation and make all arrangements to deal with the situation,” CM Nitish Kumar said.