A BJP leader has filed a criminal complaint against Rahul Gandhi, accusing him of revealing the identity of the minor who was allegedly sexually assaulted and murdered in Delhi’s Nangal village. 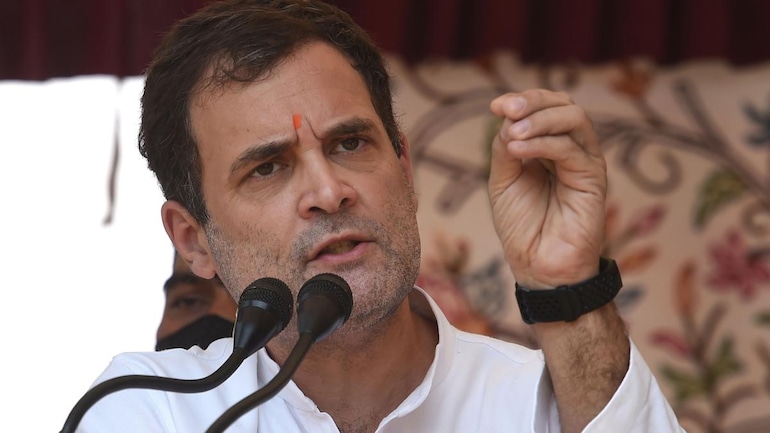 A criminal complaint has been filed against Congress MP Rahul Gandhi at a sessions court in Jaipur. The complainant, BJP leader Jitendra Gothwal, has alleged that Rahul Gandhi revealed the identity of the nine-year-old girl who was murdered and forcibly cremated in Delhi Cantonment area.

The complaint in this regard has been filed at the sessions court in Jaipur’s Bani Park.

Earlier this month, former Congress president Rahul Gandhi met family members of the minor from Nangal village who was allegedly murdered and forcibly cremated. Rahul Gandhi had also posted pictures of his meeting with the family on micro-blogging website Twitter.

The pictures were later taken down owing to allegations by the girl’s kin that she might have been sexually assaulted by the four accused. As per the law, revealing the identity of a minor rape victim counts as an offence.

Taking cognizance of the matter, the National Commission for Protection of Child Rights (NCPCR) had reached out to Delhi Police and Twitter, asking them to take action against Rahul Gandhi for posting pictures of the girl’s family that might reveal her identity.

READ: Delhi Cantt case: Police to rely on DNA analysis to determine whether 9-year-old was raped

The NCPCR had stated that Rahul Gandhi’s actions are in violation of the Juvenile Justice Act and the Protection of Children from Sexual Offences (POCSO) Act.