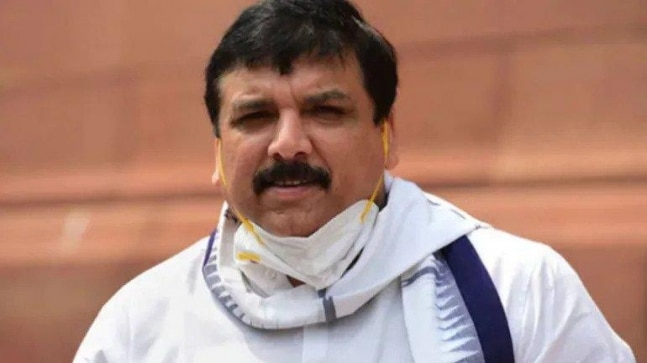 A case was registered against AAP’s Sanjay Singh on the basis of complaint filed by BJP MLA Ajay Singh, accusing the AAP leader of tarnishing his image. A case was registered on Tuesday against Aam Aadmi Party’s Rajya Sabha member Sanjay Singh on a complaint by a BJP MLA accusing him of tarnishing his image, police said.

BJP MLA from Haraiya assembly seat in Basti district Ajay Singh filed the complaint in the Hazratganj Kotwali against Sanjay Singh on the basis of which the case has been registered, they said.

Ajay Singh has alleged in his complaint that ‘on August 8, during a press conference in Lucknow, AAP MP Sanjay Singh referred to my (Ajay Singh) raising a question in the Legislative Assembly and alleged a scam in the Jal Shakti department’.

The MLA alleged that Sanjay Singh, who is AAP’s in-charge of Uttar Pradesh affairs, used wrong and forged documents at the press conference and conspired to defame and tarnish his image.

The MLA said that he had raised a question concerning the irrigation department and it had nothing to do with the Jal Shakti department.

He said that he had raised the demand for investigation and action into the ‘scam’ in the construction of check dam by the Irrigation Department in the assembly. According to the Hazratganj Kotwali in-charge, the investigation is being done by registering a case against Sanjay Singh on the complaint of the BJP MLA.