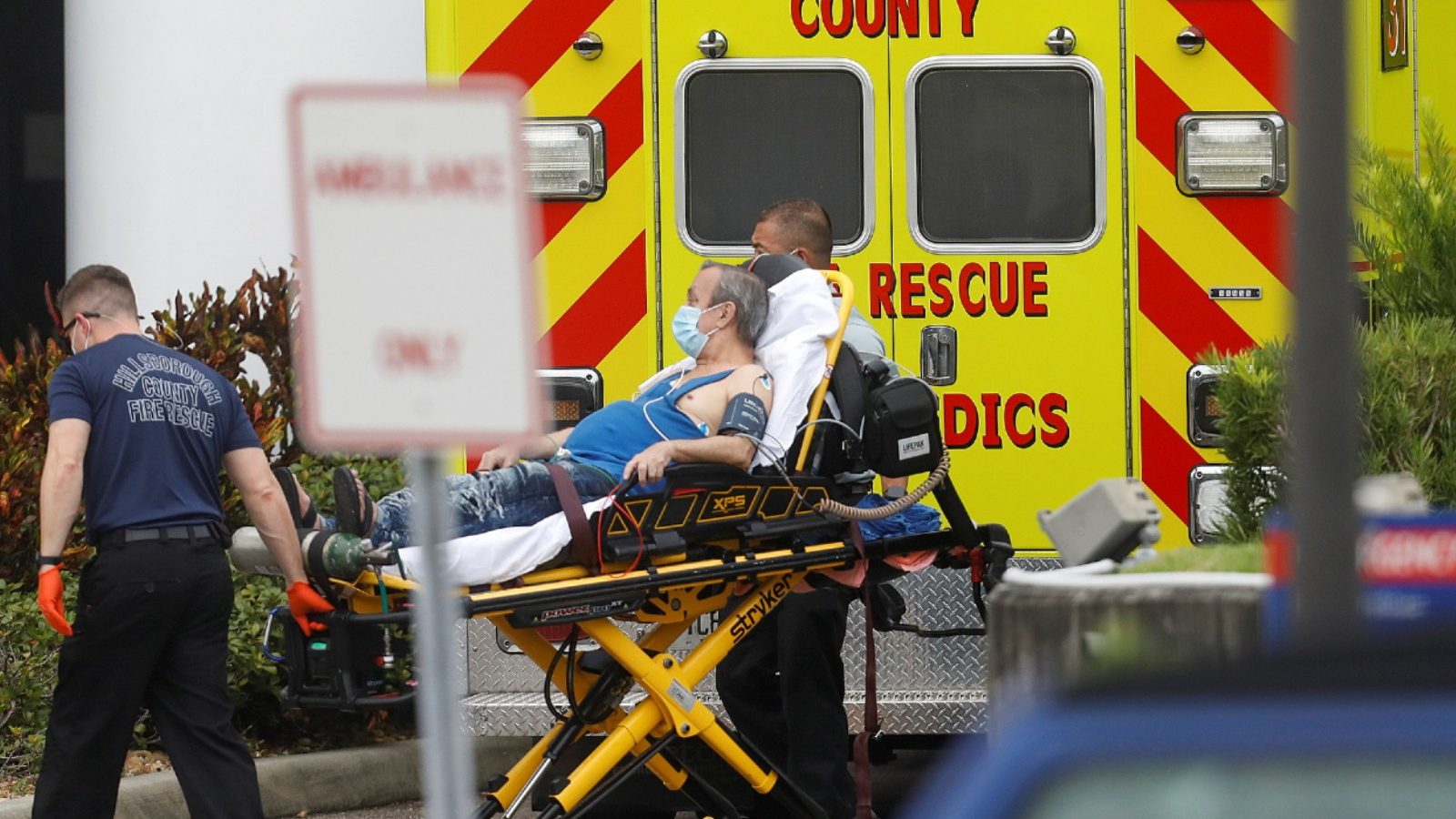 Coronavirus cases and hospitalisations in the United States are at a six-month high, fueled by the rapid spread of the Delta variant across swathes of the country grappling with low vaccination rates.

China on Tuesday reported its highest single-day rise since the current outbreak began last month amidst growing concern over the spread of Delta.

France recently launched an emergency plan on the Mediterranean island of Corsica as a fourth wave of Covid infections spread across the country.

The government is also reactivating a package of measures designed to support medical staff as they brace for a fresh intake of cases.

East Timor on Tuesday recorded its first case of community transmission of the highly contagious Delta variant of the coronavirus, raising concerns by its health ministry about a possible spike.

Closer home, the Delta variant has been detected in at least 80 per cent of the samples sent for genome sequencing by the Delhi government in the last three months. In India, the Delta variant was behind the deadly second wave of the coronavirus that killed thousands and infected lakhs from March to May.

The World Health Organization has warned about a further surge in Delta cases as it has now been reported in over 135 countries.

As contagious as chickenpox

Studies suggest that the Delta variant as it is more transmissible than the viruses that cause MERS, SARS, Ebola, the common cold, the seasonal flu and smallpox. New reports have even suggested that it is as contagious as chickenpox.

The WHO classifies Delta as a variant of concern, meaning it has been shown capable of increasing transmissibility, causing more severe disease or reducing the benefit of vaccines and treatments.

In the US, nationwide, Covid-19 cases have averaged 100,000 for three days in a row, up 35% over the past week, according to a Reuters tally of public health data. The surge of the disease was strongest in Louisiana, Florida and Arkansas.

Hospitalizations rose 40% and deaths, a lagging indicator, registered an 18% uptick in the past week with the most fatalities by population in Arkansas.

The number of children hospitalized with COVID-19 is rising across the country, a trend health experts attribute to the Delta variant being more likely to infect children than the original Alpha strain.

According to Shane Crotty, a virologist at the La Jolla Institute for Immunology in San Diego, US, Delta’s “superpower” is its transmissibility. Chinese researchers found that people infected with Delta carry 1,260 times more viruses in their noses compared with the original version of the coronavirus. Some U.S. research suggests that the “viral load” in vaccinated individuals who become infected with Delta is on par with those who are unvaccinated, but more research is needed.

While the original coronavirus took up to seven days to cause symptoms, Delta can cause symptoms two to three days faster, giving the immune system less time to respond and mount a defense. Delta also appears to be mutating further, with reports emerging of a “Delta Plus” variant, a sub-lineage that carries an additional mutation that has been shown to evade immune protection.

India listed Delta Plus as a variant of concern in June, but neither the U.S. Centers For Disease Control and Prevention nor the WHO have done so yet. According to Outbreak.info, an open-source COVID-19 database, Delta Plus has been detected in at least 32 countries. Experts say it is not yet clear whether it is more dangerous.

The B.1.621 variant, which first arose in Colombia in January, where it caused a major outbreak, has yet to earn a Greek letter name.

The European Center for Disease Prevention and Control has listed it as a variant of interest, while Public Health England describes B.1.621 as a variant under investigation. It carries several key mutations, including E484K, N501Y and D614G, that have been linked with increased transmissibility and reduced immune protection. So far, there have been 37 likely and confirmed cases in the UK, and the variant has been identified in several patients in Florida.

More on the way?

Dr Anthony Fauci, the White House’s chief medical adviser, recently warned that the United States could be in trouble unless more Americans get vaccinated, as a large pool of unvaccinated people give the virus more opportunity to spread and mutate into new variants.

Proponents of greater international distribution of vaccine doses by rich countries say the same thing could happen as variants emerge unchecked among the populations of poor nations where very few people have been inoculated.

Even so, a key issue is that the current vaccines block severe disease but do not prevent infection, said Dr Gregory Poland, a vaccine scientist at the Mayo Clinic. That is because the virus is still capable of replicating in the nose, even among vaccinated people, who can then transmit the disease through tiny, aerosolized droplets.

To defeat SARS-CoV-2, he said, will likely require a new generation of vaccines that also block transmission.

Until then, the world will remain vulnerable to the rise of new coronavirus variants.