The eight-year-old Hindu boy has been accused of desecrating a local religious school. The boy is presently in protective custody. 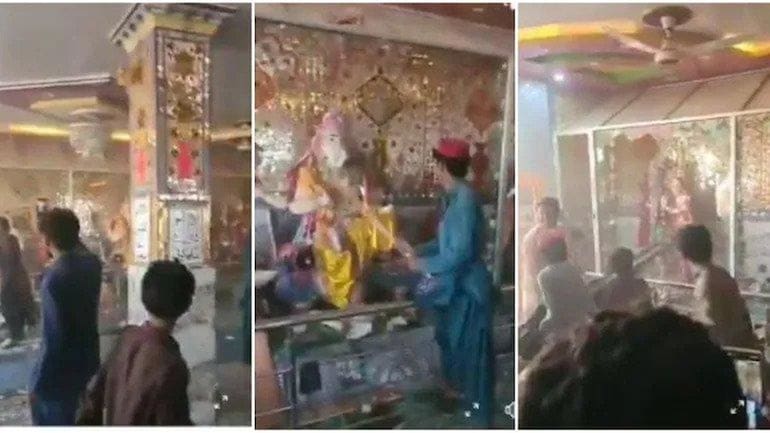 An eight-year-old Hindu boy, whose bail last week saw a group of Muslims attacking a temple in Pakistan’s Bhong, has reportedly become the youngest person ever to be charged with blasphemy in the country.

The boy is presently in protective custody, the Guardian reported. Blasphemy charges may attract death penalty in Pakistan.

WHY WAS THE TEMPLE ATTACKED IN PAKISTAN?

Last week, a group of Muslims went on a rampage in Bhong, a town in eastern Punjab province, and damaged statues and burnt down the main door of the temple. The group accused the boy of desecrating a local religious school.

On Monday, the temple was handed over to the Hindu community following repairs to the structure, news agency Associated Press quoted a Pakistan government official as saying. Around 20 people have been arrested in connection with the temple attack.

HOW HAS THE BOY’S FAMILY REACTED?

However, the situation is yet to normalise in the area. Following the attack, several Hindu families fled the area while the boy’s family has gone into hiding.

A member of the boy’s family told the Guardian that any meaningful action had not been taken against the culprits or to safeguard the minorities living there.

“The boy is not even aware of such blasphemy issues and he has been falsely indulged in these matters. He still doesn’t understand what his crime was and why he was kept in jail for a week,” the relative said.

Following the temple attack, Pakistan Prime Minister Imran Khan said he had asked the Inspector General of the province to ensure all the culprits behind the attack were arrested and to take action against negligent police officers. “We strongly condemn the attack on Ganesh temple,” Imran Khan wrote.

India condemned the attack on the temple and the Ministry of External Affairs summoned a Pakistan High Commission official, demanding the safety of Hindu families.