Wildlife officials rescued a female leopard and her two cubs after receiving information that the animals were seen from a cowshed at the Munpora region in south Kashmir’s Pulwama district. 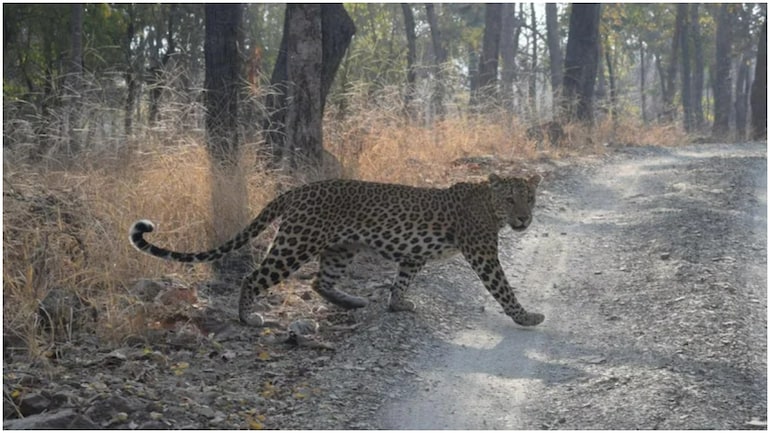 The wildlife officials said that in the past two months, six leopards and two cubs were rescued from the region. (Representational image)

A female leopard and her two cubs were rescued by wildlife officials from the Munpora village in Pampore region in south Kashmir’s Pulwama district. This is the sixth leopard captured in last two months in the Munpora Wuyan and Balhama area, an official said.

Ranger Khrew Khurshid Ahmad said that they received a call from the head of Munpora village, Ghulam Mohi Ud-Din. He told the wildlife officials that a leopard along with two cubs were seen in a cowshed, which belonged to a resident of Munpora village.

“Immediately a team from Range Khrew was sent to the spot who captured the mother leopard after tranquillising her. The two three-day-old cubs were also saved,” Khurshid Ahmad informed.

He further said that the cubs were fed at the range office and later the animals were shifted to the Dachigam forests area. He added that in the past two months, six leopards and two cubs were rescued from different areas of Range Khrew.