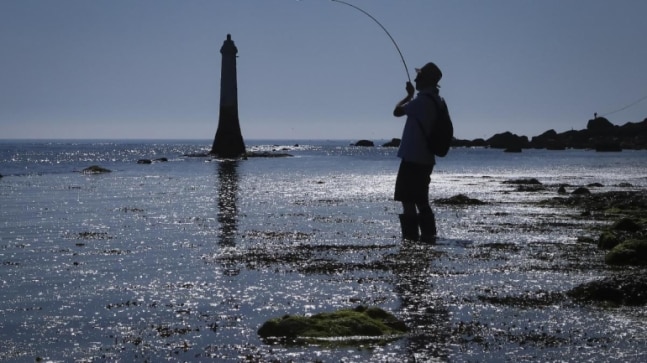 They are simple pleasures that hark back to analog, unplugged summer days: a book and a picnic blanket, a bucket and spade, fish and chips.

They are also the traditional trappings of the great British seaside holiday that is making a comeback amid foreign travel concerns during the Covid-19 pandemic.

Back in the day, as the eagerly awaited school summer break loomed on the horizon, one question dominated the playground: “Where are you off to on holiday?” 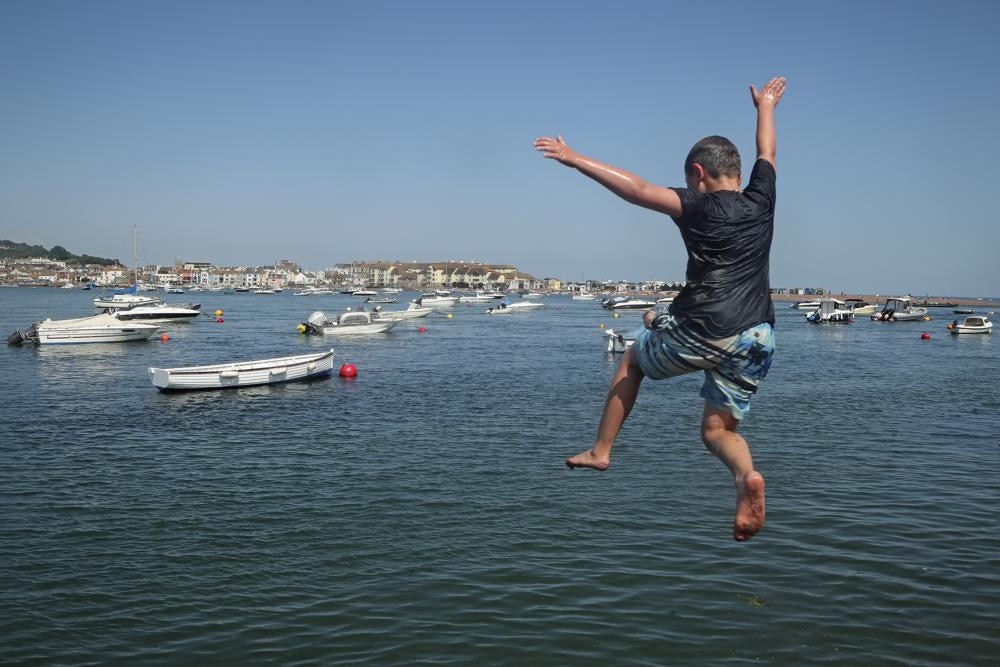 A boy jumps off a jetty into the Teign estuary in Shaldon, Devon, England, Wednesday. (AP)

This was the ’70s, and time may have dimmed the memories, but I don’t recall any of the 30 children in my class saying they were heading overseas. I was part of the last generation for whom the British seaside holiday was still king.

Its heyday stretches back to Victorian times and probably peaked in the post-war years of the 1950s and 1960s.

Full employment and annual paid leave gave the working and middle classes the financial clout to take a break on the coast each summer.

For people in southern England like my family, that meant heading to Margate, Camber Sands, Brighton, Weymouth or other coastal towns. A longer drive west took you to the English Riviera. Elsewhere, holiday towns like Blackpool on the northwest coast or Clacton-on-Sea on the east were flooded with visitors during school holidays.

The glory days began to wane with the arrival of cheap airline travel and package tour holidays that whisked families to resorts dotted around the warm waters of the Mediterranean Sea, where sunshine was almost guaranteed.

Visiting the fishing village of Shaldon in Devon, a small cluster of mainly Georgian houses and shops at the mouth of the River Teign, is like stepping back into a bygone era of simple pleasures. Even as a recent heat wave sent Britons flocking to the coast to cool off, Shaldon retained an effortless tranquility.

The ingredients are simple: Two nice beaches, a handful of pubs, a shop selling the quintessentially British holiday fare of fish and chips (though the meal is sadly no longer wrapped in old newspapers), and a pitch-and-putt golf course with lovely views across the Teign estuary.

Take a cool dip between small fishing boats and less traditional stand-up paddle boards. Cast a line into the estuary at low tide as the day’s last rays of sun illuminate green seaweed-covered stones. Finish things off with a pint in a pub beer garden.

For those seeking a staycation destination, Shaldon ticks many boxes for a great British seaside stay.