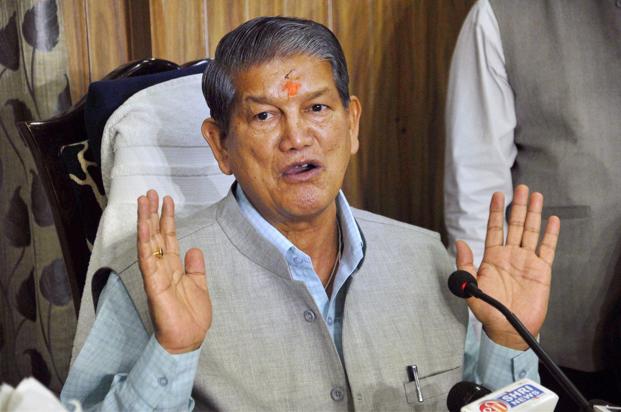 Senior Congress leader and AICC in-charge of Punjab affairs Harish Rawat is likely to come to Chandigarh next week amid the ongoing tussle between Chief Minister Amarinder Singh and party’s state unit president Navjot Singh Sidhu, sources said on Thursday. This comes after Congress president Sonia Gandhi had on Tuesday advised that the Punjab government and the state unit of the party must work together.

Gandhi had also asked Rawat to ensure that Singh and Sidhu work within their respective limits but cooperate with each other.

Singh had met the Congress president and informed her about the progress made on the 18-point agenda of the party high command.

He was also learnt to have told the party president about the continuous targeting of the state government by Sidhu.

The cricketer-turned-politician on Monday had targeted his own party’s government over the issue of “delay” in action on the special task force’s report on drugs.

Sidhu has been pushing for the implementation of the 18-point agenda of the party high command. The agenda includes action on the 2015 desecration of the Guru Granth Sahib and the police firing on protesters, arrest of the “big fish” in drug rackets and rejection of Centre’s new farm laws.

Sidhu was appointed as the new president of the party’s Punjab unit last month, notwithstanding the strong opposition from Singh.

The cabinet has one vacant seat. It fell vacant after Sidhu resigned as minister in 2019.

The name of MLAs Raj Kumar Verka, a Dalit, and Punjab Assembly Speaker Rana KP Singh are doing the rounds for induction in cabinet, said sources. Meanwhile, former IPS officer Mohammad Mustafa, who was one of the four advisors appointed by Sidhu on Wednesday, is learnt to have declined the Punjab Congress chief’s offer.

Mustafa is the husband of Punjab cabinet minister Razia Sultana.

Mustafa along with another IPS officer had challenged the appointment of IPS officer Dinkar Gupta as Director General of Police by the Amarinder Singh-led government in 2019.