Himachal Pradesh landslide: The death toll in the Kinnaur landslide has climbed to 13 with the recovery of 2 more bodies on Thursday morning. Officials have said passengers of the bus and a Bolero car are still untraceable. Kinnaur landslide: The state transport bus with its passengers is still untraceable.

The rescue and relief work at the Kinnaur landslide spot resumed at 6 am on Thursday and so far, 13 bodies have been recovered from the debris while the state transport bus and a Bolero car are yet to be traced along with their passengers.

The ITBP said in an update on Thursday morning that the rescue work has resumed at the landslide site in Himachal Pradesh’s Kinnaur. The number of dead bodies recovered has risen to 13 after the retrieval of two more bodies this morning.

However, the Himachal Road Transport Corporation bus, a Bolero car and their passengers were not found under the debris. Later, ITBP Deputy Commandant, Dharmender Thakur, said, “We have located the remnants of the bus and a body has been recovered.”

The rescue operation is being carried out by the National Disaster Response Force (NDRF), Indo-Tibetan Border Police (ITBP) and the members of local police and home guards. The authorities had suspended the operation on Wednesday at 10 pm.

What happened at Kinnaur?

An HRTC bus, which had been on its way from Reckong Peo to Haridwar via Shimla, was hit by the boulders in a landslide at Kinnaur. The landslide was reported around noon near Chaura village on national highway number five in Nigulsari area of Nichar tehsil. 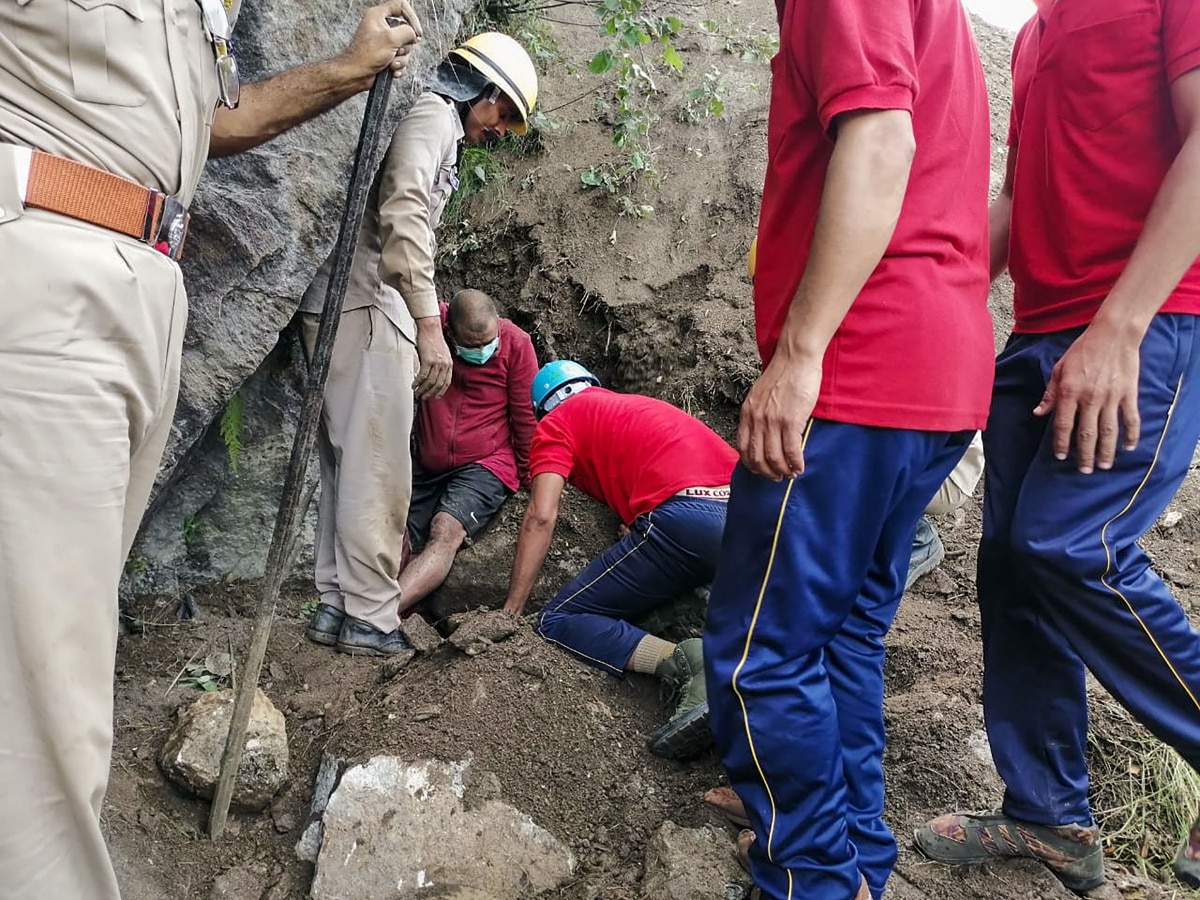 ITBP team rescues a man trapped in the debris. (PTI)

It was said that about 40-50 people were feared trapped in the rubble as the bus, a truck and other vehicles were hit by the landslide. Locals said some vehicles had skidded off the road and fell into the river below.

The number of dead may further increase as the HRTC bus and the Bolero and its passengers were not found under the debris till Thursday morning. Officials have said it might be possible that both the vehicles rolled down with the debris.