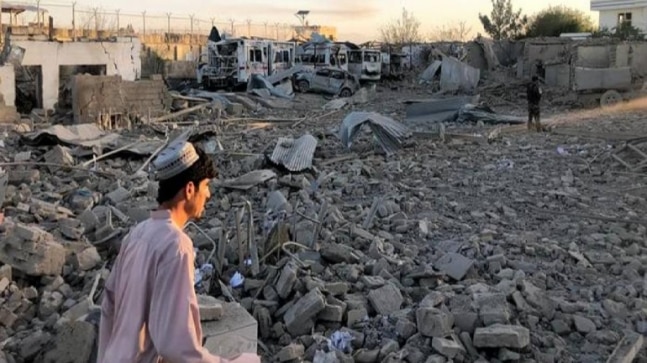 The owner of a private hospital in Afghanistan said the Afghan air force bombed the facility on Saturday, killing one person and injuring three others. He said the hospital was targeted because the military erroneously believed Taliban fighters were being treated there.

Dr Mohammad Din Narewal, the owner of the 20-bed Afghan Ariana Specialty Hospital, told The Associated Press that provincial government officials informed him his hospital in Lashkar Gah was targeted based on the information from the defence ministry.

“But there were no Taliban in the hospital,” said Narewal. The defence ministry did not immediately respond to multiple attempts by the AP to contact them.

“I was told there had been a mistake because they had been given the wrong information that Taliban were inside the hospital,” he said, explaining that the Taliban were in fact receiving treatment in another hospital in the city.

Provincial council chief Attaullah Afghan confirmed that the hospital was struck by the Afghan air force and that one person was killed.

The airstrike came as the Taliban made a push for the southwestern city, waging fierce battles with the Afghan National Security and Defence Forces. Residents reported see-saw battles in several neighbourhoods.

Narewal said doctors had performed two surgeries a day earlier, but as fighting intensified the hospital had reduced their staff to a minimum. Currently, two patients are still in the hospital along with several nurses and attendants for the patients.

Late on Saturday, Afghan security forces reportedly pushed the Taliban out of the city, with reports of heavy air attacks on their positions.

In recent weeks the Taliban have stepped up their pressure on several cities, including Herat in western Afghanistan, where a United Nations office was attacked as battles raged nearby. One guard was killed and the United Nations is investigating who was responsible for his death.

The Taliban onslaught went into high gear following the announcement in mid-April that the last US and NATO forces would withdraw from Afghanistan, ending America’s longest war. The Taliban have overrun dozens of districts and now control roughly half of all 421 districts and district centres in Afghanistan.

They also have control of key border crossings with Tajikistan, Iran and Pakistan.

Even as the withdrawal of US and NATO troops is all but done, America is providing air support to Afghanistan’s beleaguered ground troops, who have been struggling to hold on to territory. The U.S. has launched airstrikes in support of Afghan forces in Herat, and in southern Kandahar province.

The withdrawal has put an increased burden on Afghanistan’s air force.

“All of the Afghan Air Force’s (AAF) aircraft platforms are overtaxed due to increased requests for close air support, intelligence, surveillance, reconnaissance missions,” the U.S. watchdog on American spending in Afghanistan reported this week.

The Afghan air force is flying its aircraft “at least 25 per cent over their recommended scheduled maintenance intervals.,” Special Inspector General for Afghanistan Reconstruction John Sopko said in his report.

As a result, troops are not getting reinforced and resupplied, as aircraft are being used to aid ground forces overwhelmed in relentless battles with the Taliban.

Meanwhile, calls are being issued from Beijing to Washington for both sides in the conflict to sit and negotiate an agreement that would see a reduction in violence and an interim administration that would negotiate an all-out ceasefire. Until now the prospects for peace seem distant.