New games were introduced, old records were broken, and controversies were aplenty – all in the shadow of the Covid-19 pandemic – as Tokyo became the only Asian city to host the Olympics twice. But amid the sporting gala emerged stories of sheer grit, determination and female dominance.

Women athletes in a way shaped the Olympic medal table, winning more medals than their male counterparts for some of the top performing nations. For example, of the 39 gold medals the United States won, as many as 23 were won courtesy women athletes. But for the spectacular performances of US women athletes on the concluding day of the Olympics, the US risked losing the top slot on the medals tally.

Not just the US, but women athletes won more medals, even for China and Japan, which came second and third respectively in the recently concluded Olympic Games. Women from these three nations bagged a total of 143 medals against 101 medals won by men – 42 per cent more.

Country-wise data reveals that American women secured over 58 per cent (66) of the total medals won by the US. This is the highest number of medals won by women in the country’s Olympic history.

On the contrary, American men were able to win just 41 of the total 113 medals clinched by the US. The rest six medals came in mixed and open events. For the US, the trend of women outperforming men at the Olympics started in 2012 and has stayed that way since. 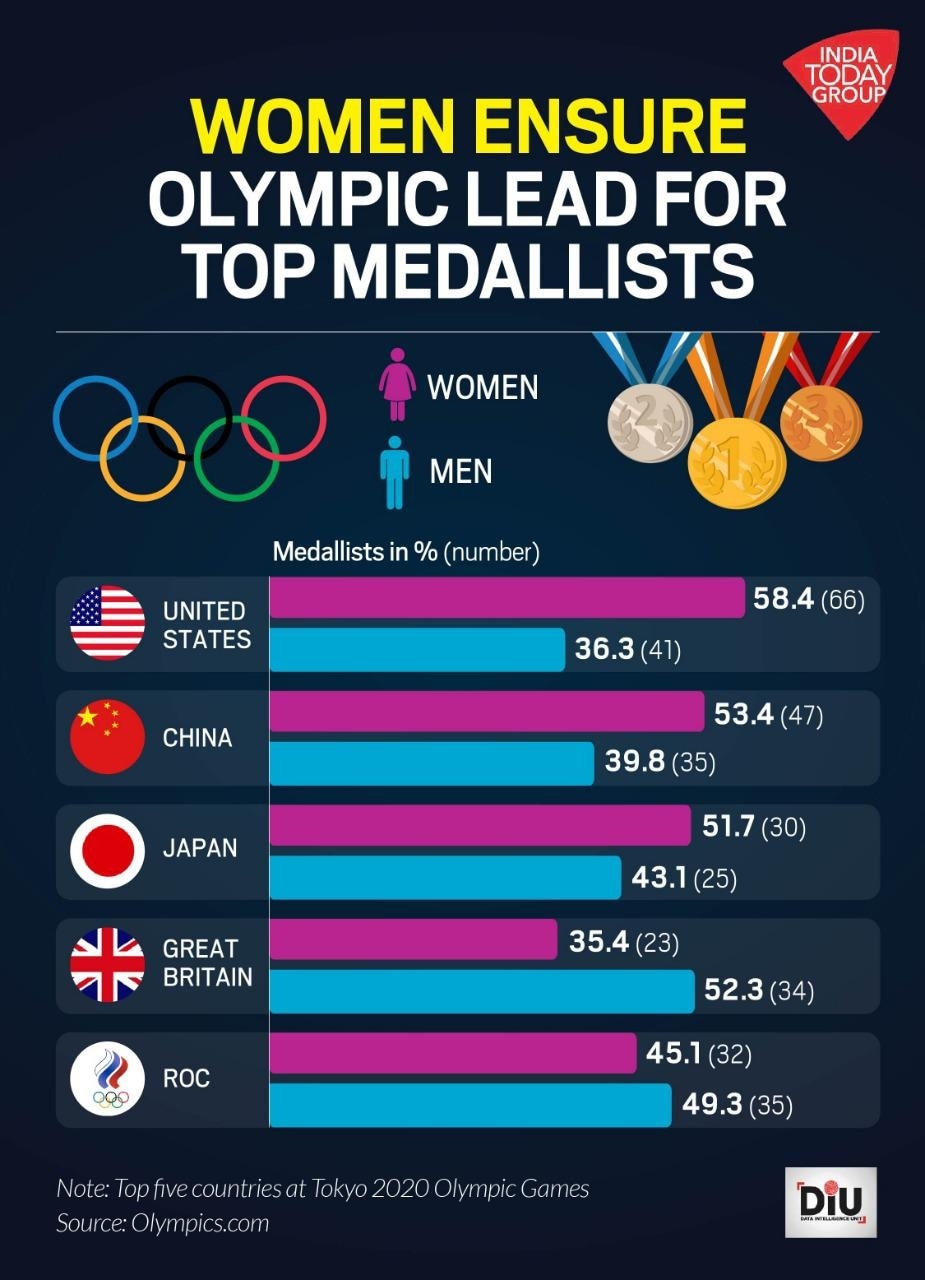 The US is followed by China, where women won over 53 per cent of the total medals. Japan, the host nation, showed a similar trend, with almost 52 per cent of the medals being won by women athletes.

Women athletes shared the honour of breaking world records too. Of the 20 records that were broken at the Tokyo Olympics in different events, women led in nine and teamed up with their male counterparts in two mixed events.