PR Sreejesh earned the nickname of the Great Wall of India for his heroic saves during the hockey team’s bronze-medal winning campaign at the Tokyo Olympics this month. 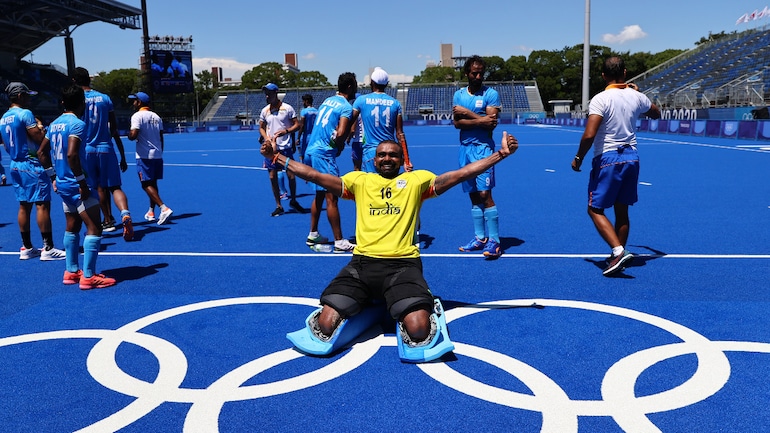 Indian men’s hockey goalkeeper PR Sreejesh will receive a cash prize of Rs 2 crore from the Kerala government after the team’s successful campaign at the Tokyo 2020 Olympics earlier this month.

PR Sreejesh earned the nickname of the Great Wall of India for his heroic saves during the team’s bronze-medal winning campaign at the Games which ended the nation’s 41-year wait for an Olympic medal.

Cash rewards have been flowing in for all the members of the Indian men’s and women’s hockey teams ever since they returned home on August 10.

Dr. Shamsheer Vayalil, the Chairman and managing director of VPS healthcare in Dubai, said on Monday that the star hockey goalkeeper will be awarded Rs 1 crore for his contributions throughout the Games.

“Goalkeeper PR Sreejesh played a crucial role in helping the Indian hockey team secure bronze at the Olympics. We acknowledge his contributions and are pleased to announce a cash reward of Rs. 1 crore for him,” Vayalil said.

PR Sreejesh was one of India’s heroes at the Tokyo Olympics. The influential goalkeeper, regarded as one of the best going around in the sport of hockey, guarded the goalpost, making crucial saves that helped India reach their first-ever Olympic semi-final in 49 years.

Sreejesh played a crucial role in India’s win over Germany in the bronze medal play-off match at Tokyo Olympics. Germany had 13 penalty corners but with Sreejesh guarding the post, they managed to convert only one of them.

Sreejesh’s save in the dying moments of the match to deny Germany a goal from penalty corner helped India seal a 5-4 win.