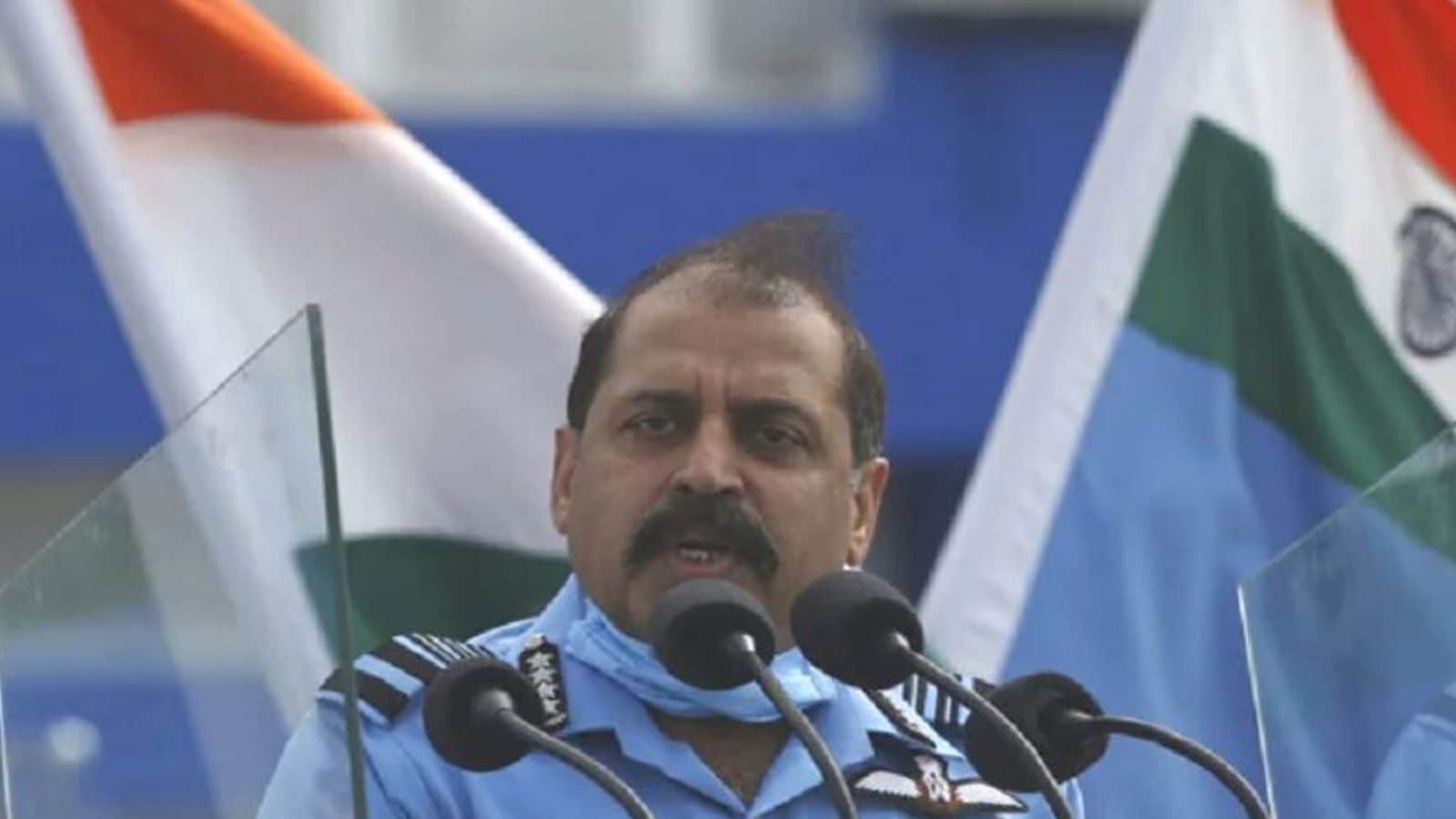 India’s air power capabilities in terms of hitting targets with precision, defending assets and use of new technologies have gone up significantly after the Balakot air strikes and rapid developments in eastern Ladakh following the Galwan Valley clashes, Chief of Air Staff Air Chief Marshal RKS Bhadauria said on Tuesday. In an address at a leading think-tank, the IAF Chief said India now has an “edge” in its ability on both the Western and Northern fronts to “react fast, respond fast and hit fast”, noting that induction of Rafale jets has helped in bringing the “next level” of operational transformation. About the drone strike on the Jammu airbase, he said the IAF is taking a series of initiatives including procuring next-generation jammers to deal with such challenges and added that the attack would not have been possible if it was attempted two-three months later.

Referring to the 11-day conflict between Israel and Hamas in May, Air Chief Marshal Bhadauria said that Israel’s use of air power in carrying out operations with surgical precision to achieve its objectives in Gaza against the militant group while ensuring minimum collateral damage was a reflection of the ability of the air assets. Explaining the role of air power, the IAF Chief also talked about the general perception to look at only its offensive role and the general tendency to say “no-no” for its use in certain situations, saying the paradigms and scenarios have shifted and there is a need to keep this in mind.

“The ability of air power which was largely seen as an offensive, as a no-no in some situations particularly in the subcontinent…the paradigms have shifted, the scenarios have shifted and we need to keep this in mind as we go ahead,” he said at the United Service Institution of India (USI). At a seminar last month, Chief of Defence Staff Gen Bipin Rawat, while referring to the proposed integrated theatre commands, described the Air Force as a “support arm” but Air Chief Marshal Bhadauria disagreed with him, saying airpower has a huge role to play.

About the IAF’s operational readiness, he said the focus was to bring in the next level of operational transformation including in the cyber-security domain after the Galwan Valley clashes and his force has been largely successful in its endeavour. Air Chief Marshal Bhadauria said the “edge” that the IAF has today came from a combination of its weapons, training status, platforms network environment and its ability to “react fast, respond fast and hit fast. “That is the edge we have today in both scenarios, be it on the western front or be it on the northern front,” he said.

He said the “transformation” was triggered by the developments like Balakot strikes and situation in eastern Ladakh and it now has now taken the IAF to the “next level. The IAF Chief said the induction of the Rafale aircraft has helped in lifting the overall offensive capability of the Air Force. “It is a level or a level-and-a-half above where we were.” He said the focus after the Galwan Valley clashes was to bolster the cyber security system as it was identified as an area of concern mainly because of some of the “actions”, he said in an apparent reference to the ability of the adversary to the IAF’s networks.

He said the IAF’s operational offensive capability has gone up in terms of having long-distance air-to-ground weapons, in carrying out precision strikes and possessing network-centric environment. Twenty Indian Army personnel laid down their lives in clashes with Chinese troops on June 15 last year that marked the most serious military conflicts between the two sides in decades.

In February, China officially acknowledged that five Chinese military officers and soldiers were killed in the clashes though it is widely believed that the death toll was higher. The Chief of Air Staff also mentioned Balakot air strikes as an important event while talking about the transformation of the IAF in the last few years, and said it sent out a clear message about India’s approach in dealing with security challenges.

Indian fighter jets bombed Jaish-e-Mohammed’s biggest training camp near Balakot deep inside Pakistan on February 26, 2019, 12 days after the terror outfit claimed responsibility for a suicide attack on a CRPF convoy in Kashmir, killing 40 soldiers. Pakistan retaliated by attempting to target Indian military installations the next day. However, the IAF thwarted their plans. Air Chief Marshal Bhadauria also spoke about the low cost activities of commercial drones and its use for supply of arms, drugs, money as well as use of the armed version of the unmanned aerial vehicles to launch an attack on the Jammu airbase.

He referred to China’s emergence at the world stage, its diplomacy, economic clout and military belligerence in Indo-Pacific.