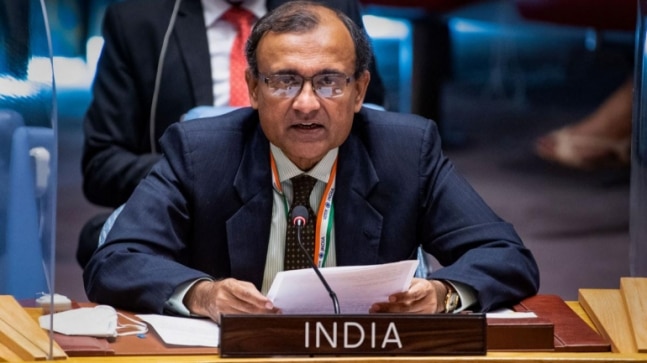 It is going to be a month of high-level political engagement for New Delhi with India taking over the presidency of the UN Security Council (UNSC) for the month of August. Pressing global issues including maritime security, peacekeeping and counter-terrorism are on top of India’s agenda.

After assuming charge on Tuesday, India’s Permanent Representative to the UN, Ambassador TS Tirumurti, told media outlets, “Today is a proud moment for India. After nearly eight years, India is holding the presidency of the Security Council. It is a singular honour and privilege for me and my team, and indeed all of us in India.”

Ambassador Tirumurti announced that the Security Council had adopted a programme of work for the month of August. Three major events will see high-level participation, including a session on maritime security that will be presided over by Prime Minister Narendra Modi.

Prime Minister Narendra Modi will virtually chair the high-level open debate on “Maintenance of International Peace and Security: Maritime Security” on August 9. This will be the first instance of an Indian Prime Minister presiding over an open debate at the UN Security Council.

A full first day as President of UN #SecurityCouncil

Customary breakfast with all members of #UNSC
Adoption of Programme of Work
Adoption of Presidential Statement on drawdown of @unamidnews in Darfur
Media interaction
Briefing of wider @UN Membership#IndiainUNSC pic.twitter.com/pfZ6OBxz3j

Asked if PM Modi will travel to New York, Ambassador Tirumurti said, “Talks are underway. As of now, nothing has been firmed up. The Delta variant is a concern. But more importantly, we should be taking all countries along. There are many who have not reached the vaccine curve and, therefore, there would be leaders from many such countries who will not be able to come. We should focus on vaccine equity.”

India’s Permanent Representative to the UN, TS Tirumurti, said the UNSC “will also have on its agenda several important meetings including Syria, Iraq, Somalia, Yemen, and the Middle East”.

As one of the signature events of its presidency in August, India is organizing a ministerial-level open debate on “Technology and Peacekeeping” at the UN Security Council.

The open debate is expected to provide an opportunity for Council members to exchange views on the challenges and opportunities arising from the application of technology and innovation in peacekeeping.

READ: Lost in translation: Taliban scare for ‘kafir’ interpreters amid US withdrawal from Afghanistan

With EAM Jaishankar presiding, under-Secretaries-General for Peace Operations and Operational Support, Jean-Pierre Lacroix and Atul Khare, will brief the council during this open debate.

In terms of regional issues, the situation in Afghanistan will certainly come up. Responding to a question on whether India could put boots on the ground in Afghanistan through peacekeeping forces, Ambassador Tirumurti said there are no such plans for now.

“I have not come to the place where India is going to send peacekeeping forces to Afghanistan. there can be no unilateral decision on peace in Afghanistan. All stakeholders have to be consulted. I cannot comment on the sovereign decision of the US to withdraw troops from Afghanistan,” Ambassador Tirumurti said.

With counter-terrorism a major issue, Ambassador Tirumurti said, “We want to keep the spotlight on terrorism. Terrorists have become more sophisticated and financing of terror is a major issue; India and France even have a side event to discuss the same. A point of concern is the increase in terrorism in Africa. There are proscribed terrorists who have linkages.”

They will also present the Secretary-General’s 13th strategic-level report on the threat posed by the Islamic State in Iraq and the Levant (ISIL or Da’esh).

EAM Jaishankar is expected to chair this crucial meeting on counter-terrorism.

India desires normal friendly relations with Pakistan… Onus is on Pakistan to create a conducive atmosphere to not allow any territory under its control to be used for terror against India.@ambtstirumurti@IndiaUNNewYork pic.twitter.com/QopBmM2uh1

Asked about Pakistan harbouring terror suspects, Ambassador Tirumurti told the media, “India desires normal friendly relations with Pakistan. We always maintained that a peaceful and bilateral conversation is important for that.”

“We have the Shimla agreement on the basis of which we have decided to discuss Kashmir always bilaterally. The onus is on Pakistan to create a conducive atmosphere to not allow any territory under its control to be used for terror against India,” Ambassador Tirumurti said emphatically.