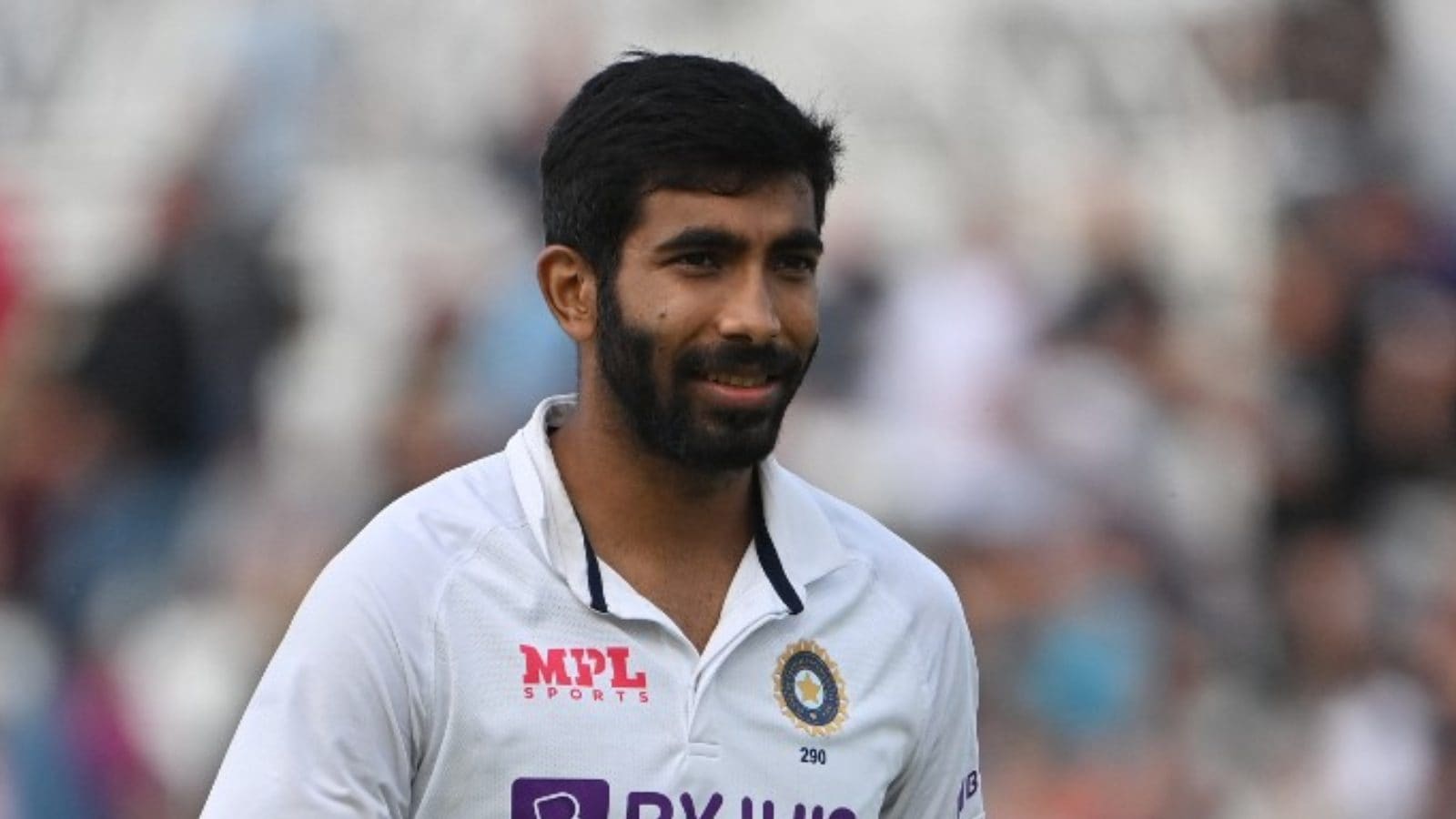 Jasprit Bumrah has begun the countdown to his first hundred wickets in the traditional, and without doubt engrossing, Test match cricket. In fact, the son of a school teacher, who arrived into the scene with a peculiar run-up and awkward action, is racing towards a milestone that fast bowlers work towards to reach in the shortest period of time. Given the big break, perhaps a year late, Bumrah has tormented most of the opening pairs trained to face the fiery new ball operators.

Born seven years before the new millennium, the Ahmedabad-born Bumrah may not be disappointed with his splendid exertions that has so far, till the first Test against England in Trent Bridge, fetched him 92 scalps in 21 matches. He should join the 100-wicket club in the remaining part of the five-match series that will be played at the London-located Lord’s, The Oval, Leeds, and at Old Trafford.

Described not long as a fast bowler with a “neither here, nor there run-up” by former New Zealand fast medium bowler Danny Morrison, Bumrah, laid low by injuries and because of personal reasons, has missed 13 Tests after making his debut against South Africa in January 2018. Strangely though, India’s winning percentage is a high 84. 62 when he was not in the bowling ranks. In his absence, India have won 11 of the 13 matches. And in the 21 he has turned out in whites, India have eight victories, 10 defeats for a dismal winning percentage of 38.10.

These figures would have improved a bit, had not rain washed out the last day’s play of the Trent Bridge Test. His robust spells in the two innings, saw him pick up four and five wickets for match figures of nine for 110, and a miserly average of 12.22. He had put India in a commanding position, a rare happening for India in the first match of an overseas Test series.

The uniqueness of his bowling style has always demanded attention on him with experts of the art of fast bowling dissecting every segment of his approach to the bowling crease, arm action, wrist position with the ball, and the explosive finish. His yorker-length toe crushers have made many a batsman quiver in their boots in the last four years, and this particular variety was responsible for the downfall of a handful of England batsmen at Trent Bridge.

An abdominal strain forced him out of the fourth Test against Australia at the Gabba early this year. He played in only two Test matches of the home series against England played at Chennai and Ahmedabad. Taking a break for his marriage, and following a long period of inactivity from multi- day cricket, Bumrah looked out of sorts in the World Test Championship final that India lost to New Zealand at Southampton.

But the six-week break from the game, in which he spent three weeks in focused training, saw him come back strongly with a nine-wicket haul that exposed the fragile nature of the England top-order. Sharing the new ball with Mohammed Shami, Bumrah posed questions on a first day fresh surface, and on the wearing fourth-day pitch.

In the first innings he dismissed Rory Burns and Jos Buttler for a duck each, and mopped up the tail – Stuart Broad and James Anderson — in an emphatic manner.

In the second innings, Bumrah accounted for Dom Sibley, Zak Crawley, Joe Root, Sam Curran, and Stuart Broad for his second five-wicket haul at Trent Bridge. In the 2018 series he took two for 32 and five for 85 at the same venue, and India won that Test.

Bumrah has proved to be versatile, manipulating the Australian Kookaburra and the English Dukes with great skill and knowledge. He has taken 55 wickets in these two countries, 32 in Australia and 23 in England. He has taken 14 in South Africa, 13 in the West Indies, and six in New Zealand. He has taken four from two Test matches in India.

Clearly, Bumrah has been lucky to play 19 Tests overseas, but what is most admirable is that he has not wasted time to acclimatise to local conditions.

Commenting on Bumrah’s success at Trent Bridge, Sunil Gavaskar said that the 27-year-old does not go into euphoric mood, and does not celebrate a wicket with unnecessary gestures. “Even if a fielder drops a catch of his bowling, he doesn’t react, he just turns and goes back to bowl the next ball,” said the legend on Sony Sports.

After his five wicket spell in the second innings, Bumrah explained: “I did nothing to change my bowling after the WTC final. I am trying to bring more variety to my bowling. The pitch was heavily rolled before England’s second innings. The pitch became a bit slow and the batsmen.found it easy to play the fuller lengths. It was just a change of mind set. I back my skill.”

Bumrah has 92 victims and eight shy of a superb 100. A difficult customer to deal with, Bumrah has really turned out to be the linchpin of India’s bowling attack.