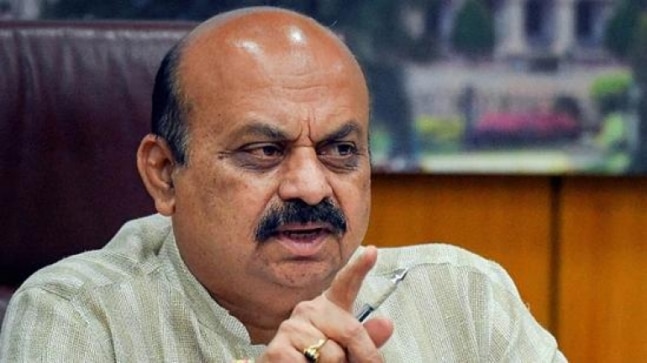 Karnataka Chief Minister Basavaraj Bommai, who participated in a meeting of senior police officials had refused to accept a bouquet (Photo: PTI)

The Karnataka government has banned the customary bouquets, garlands, shawls, stoles, mementos, and fruit baskets from all official events and meetings. Instead, officers have been directed to gift Kannada books to dignitaries.

Chief Secretary P Ravi Kumar issued a government order to this effect on Tuesday, stating that individuals who disregard the order will face severe consequences.

Karnataka Chief Minister Basavaraj Bommai, who participated in a meeting of senior police officials in Bengaluru, had refused to accept a bouquet.

“This is an unnecessary expenditure. There is no need to give bouquets, garlands, and shawls in the name of the protocol. Henceforth, the tradition should be stopped,” Basavaraj Bommai said.

Karnataka MLA V Sunil Kumar made a similar appeal to his well-wishers a few days back when he was inducted into Karnataka Chief Minister Bommai’s cabinet recently.

Sunil Kumar, who holds the portfolios of Energy and Culture, had requested well-wishers to give him Kannada books instead of expensive garlands and bouquets. As a result, he was presented with hundreds of books, which will be donated to a library.