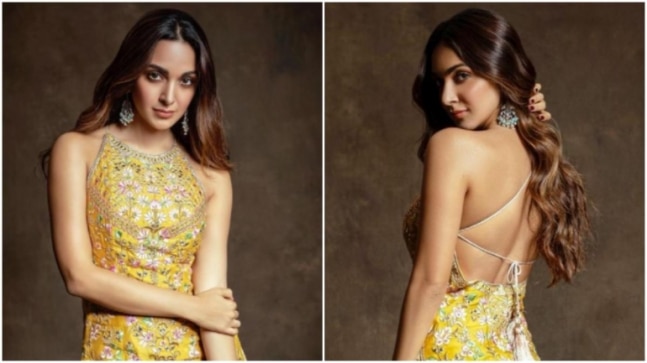 Kiara Advani was spotted in a gharara set designed by Tamanna Punjabi Kapoor for Shershaah promotions on Monday. 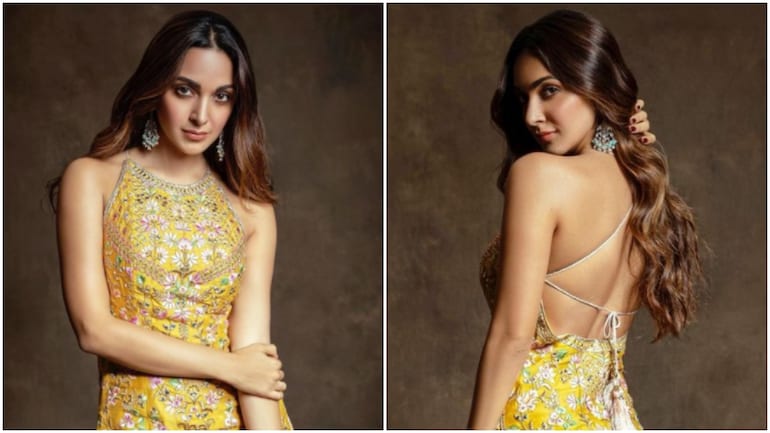 Images of Kiara Advani posted to Instagram by Eka Lakhani.

Kiara Advani is such an ethnic queen and has mostly been wearing traditional attire for promotional events of her upcoming film Shershaah. The 29-year-old actress was spotted in a gharara set designed by Tamanna Punjabi Kapoor for an outing on Monday while pictures from Kiara’s photoshoot were posted to Instagram by celebrity stylist Eka Lakhani.

The set that Kiara wore consists of a mustard-yellow halter-neck kurta paired with an off-white gharara. The kurta featured floral zari embroidery all over with a low tie-up detailing at the back. The gharara also has resham and foil embroidery apart from mirror gota work.

Kiara accessorised her attire with silver earrings from Tribe Amrapali. Her hair was set in soft waves and make-up was subtle with a dewy base and nude lipstick.

The Mustard Halter Kurta With Gharara set is priced at Rs 55,000 on Tamanna Punjabi Kapoor’s website.

Kiara’s ethnic wardrobe is absolutely fantastic, and we got a glimpse of it from photoshoots ahead of her Shershaah promotional events.

Shershaah, directed by Vishnu Varadhan, features Sidharth Malhotra as the protagonist. Kiara Advani stars opposite him.

Shershaah will release on Amazon Prime Video on August 12.