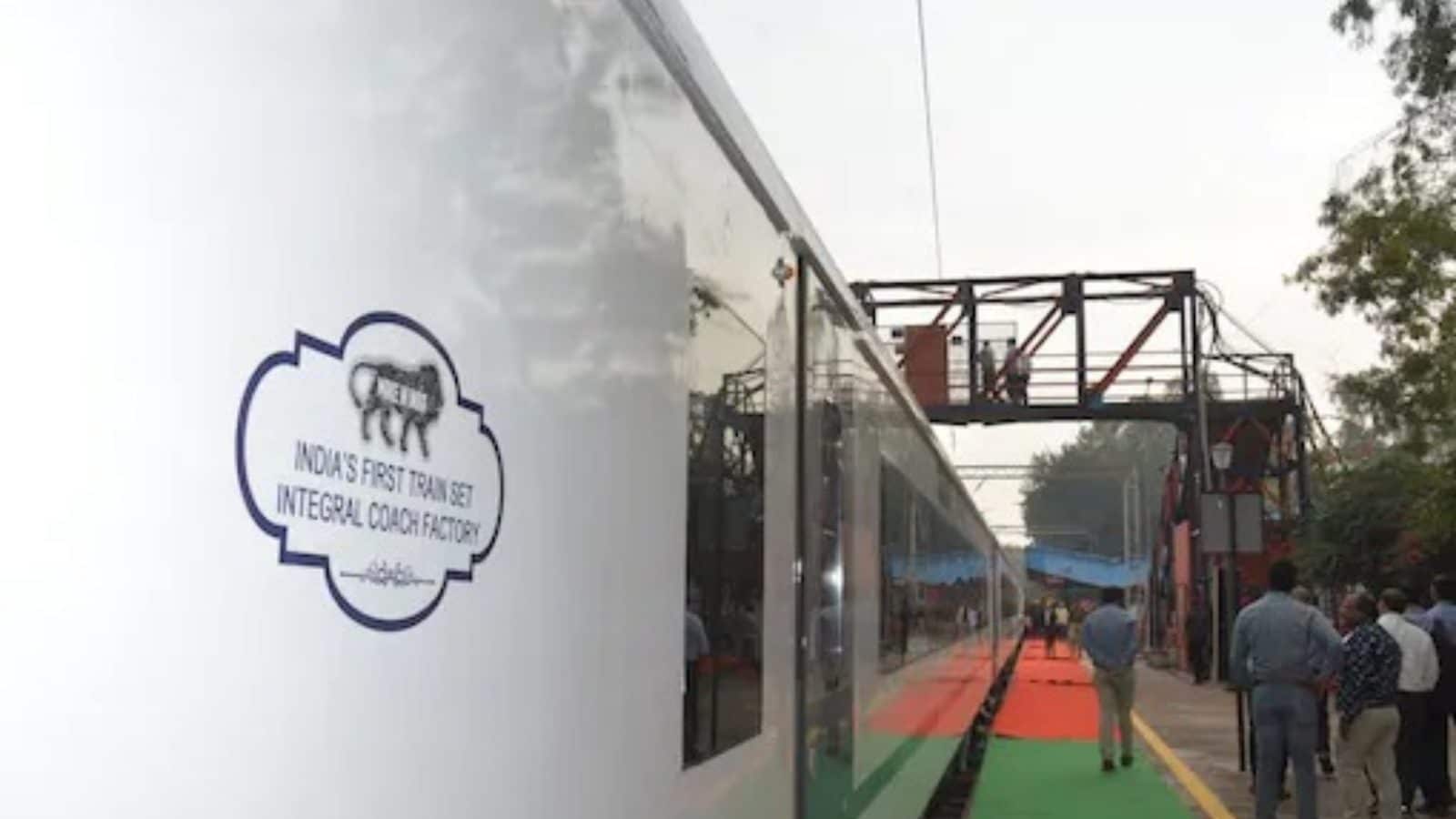 The Railways has announced that it will be reducing the production of its coaches by almost half in the year 2023-24. In 2022-23, though, the number of AHB coaches used in long-distance trains will be cut down from 5500 to 1700. Besides, the Railways is also considering using trainsets in all long-distance trains so that all the coaches resemble Vande Bharat Express in future.

LHB or Linke Hofmann Busch coaches are German designed coaches, known to be much more secure. In the event of accidents, these coaches do not climb on top of each other or get tangled, thereby minimizing loss of life and property. However, the LHB technology is almost two decades old, the reason the railways wants to replace it with train sets. The trainsets have a higher speed and can notch up to 160 kilometres per hour. The LHB coaches, on the contrary, have a maximum speed of 130 kilometres per hour.

Currently, 15 thousand LHB coaches and 35 thousand ICF coaches are in use in the railways. The production of the latter, though, was stopped in 2018. When it comes to cost, a coach made of train sets costs around Rs 6.5 crore, while the production cost of an LHB coach is Rs 2.5 crore. While the cost for an entire rake of LHB coaches is around Rs 40 crore, the cost for a train made with train sets would be around Rs. 110 crore.

Another huge advantage of using train sets is that they can travel in both directions. When an LHB rake reaches its destination or has to change directions, its engines need to be opened and re-installed, a process that takes over an hour to complete. The LHB coaches also require two tracks, and while an LHB train is running on one track, the movement of trains on the other track has to be stopped. But trains made of train sets do not require any such thing, saving a lot of time and money compared to LHB rakes.