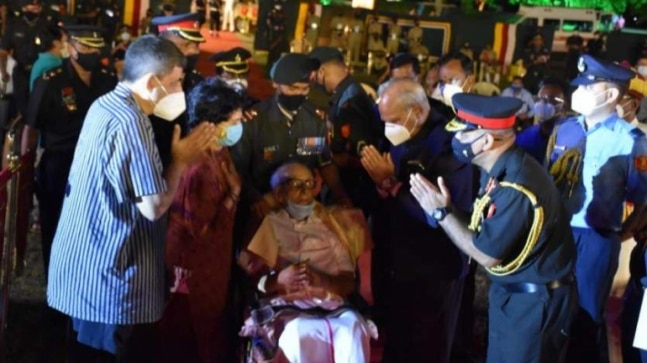 He was cremated with full military honours, an official release said.

The 94-year-old naval veteran died of age-related illness and is survived by wife, two daughters and a son.

Rear Admiral Puneet Chadha, Flag Officer Commanding Tamil Nadu and Puducherry Naval Area, laid a wreath on the mortal remains of Rao on behalf of the Chief of the Naval Staff. Rao was cremated with the military honours by the Navy at the Besant Nagar Crematorium here, a PIB (Defence Wing) press release here said. He was a recipient of the Vishist Seva Medal (VSM) also.

He played a key role in the war with Pakistan to liberate East Pakistan that is now Bangladesh.

Rao was a specialist in gunnery, the release said.

He was awarded the Maha Vir Chakra for his contribution in the 1971 Indo-Pak War.

During the war, he was appointed as Commanding Officer of INS Kiltan and on the night of December 4-5, “Rao led his Task Group to invade deep into enemy waters and bombarded the Karachi Port setting fire to oil and other installations in the harbour,” the release said.

“It is to mark this operational victory that the Navy celebrates Navy Day on December 4. In this Operation, Commander Kasargod Patnashetti Gopal Rao displayed conspicuous gallantry and outstanding leadership in the best traditions of the Navy and was awarded Maha Vir Chakra,” it said.

He led a small task group of the Western Fleet and launched the offensive off the coast of Karachi as part of Operation Cactus Lily. Despite the gunfire from the enemy posing a grave risk to Indian ships and personnel, Commander Rao pressed on and sunk two destroyers and a minesweeper.

Born in Madurai in November 1926, he was commissioned into the Navy in April 1950 and was a prominent member of the Navy Foundation, Chennai Charter, the release added.