It was in 1968 when archaeologists discovered a weapon grave at Suontaka Vesitorninmäki in Finland. Ever since then, the remains found in the grave have been at the centre of a major debate over the gender of its occupant. Initial interpretations of the remains suggested that the grave contained a woman — but, the interpretations have always been debated.

Now, DNA analysis of the grave, including an examination of its content, soil sample and microremains, have once again challenged long-held beliefs. The analysis suggests that the 1000-year-old grave could be of a non-binary person.

The new findings not only challenge pre-held notions, but also raise the possibility that non-binary people were accepted as well as respected among their peers in ancient times. The findings of the DNA analysis, which were published in the European Journal of Archaeology, state that the occupant of the grave was a respected person whose gender identity may have been non-binary.

A woman with a sword?

The early medieval grave, likely dated 10501300 AD, had a person buried with two swords — a hiltless sword placed on the person’s left side and another buried above the original grave. The interpretation of the occupant being a woman was made based on dress accessories and jewellery, which suggested that the individual was dressed in feminine clothes.

“For decades, the grave has been a popular example of powerful women in Late Iron Age and early medieval societies. The grave was used as evidence of female leaders in the past. The decorated bronze-hilted sword allegedly found in the Suontaka burial is presented as a female warrior’s weapon,” the researchers behind the latest findings said in their paper. A plan of the Suontaka burial. ‘Täckdike’ marks the water pipe trench which led to the discovery of the grave. (Photo: Finnish Heritage Agency)

Ulla Moilanen, an archaeologist from the University of Turku said that the buried individual seems to have been a highly respected member of their community.

Researchers conducted a study of microscopic animal hair and fibre remains from soil retrieved from the grave and studied ancient DNA (aDNA) from the skeletal remains to infer the chromosomal sex of the individual. It is to be noted that historically, the gender identity of buried individuals is inferred based on the remains of objects or items found alongside. However, with the advancement of technology and modern genetics, new methods have been developed to determine gender of remains.

DNA analysis of the 1000-year-old grave in Finland showed that the occupant of the grave had Klinefelter syndrome — a condition where boys are born with an extra X chromosome. Normally, a female has two X chromosomes (XX) and a male has one X and one Y (XY). According to UK’s National Health Service (NHS), the X chromosome is not a “female” chromosome and is present in everyone. The presence of a Y chromosome denotes male sex.

People with Klinefelter syndrome (XXY) don’t exhibit any specific symptoms during childhood. They are usually marked with shyness and low self-confidence. During the teenage years, the syndrome leads to broader hips, poor muscle tone, and reduced facial and body hair that starts growing later than usual. In adulthood, the syndrome could lead to inability to have children naturally and a low sex drive. 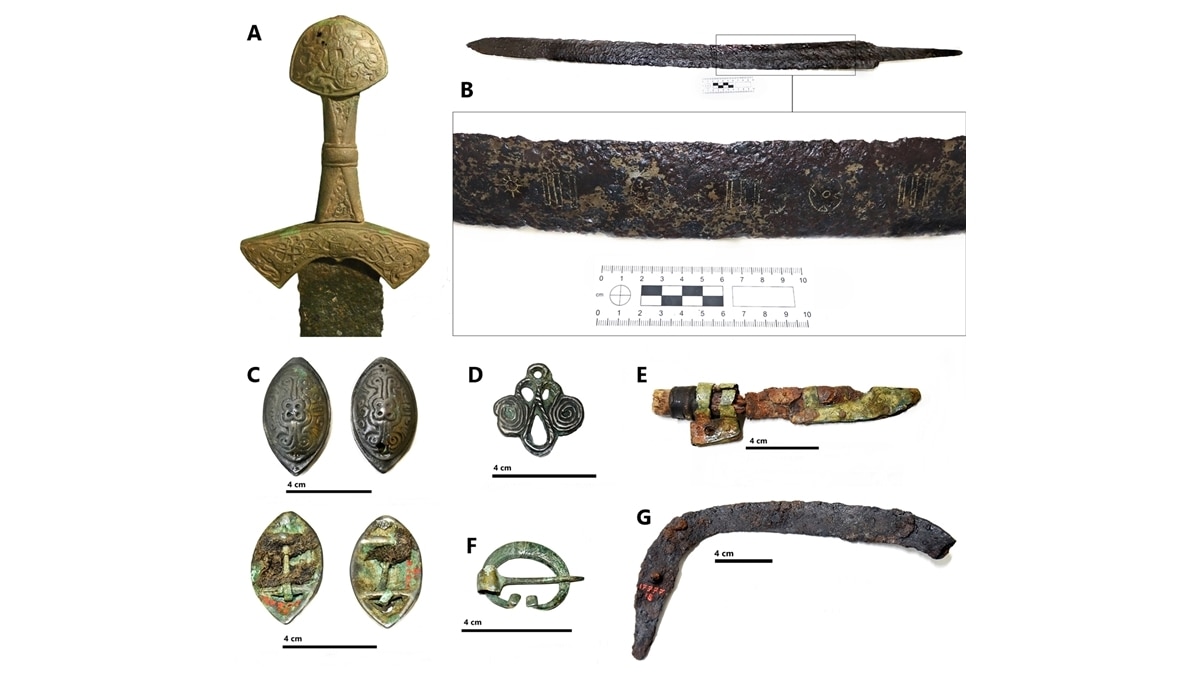 The researchers believe that the body in the Finnish grave had XXY chromosomes and that the person was non-binary. “It is rare in a Nordic context to find a sword in a grave with several artefacts with feminine gender association,” the researchers said in the paper.

Non-binary people are those who do not identify themselves with a particular gender. According to the National Centre for Transgender Equality, people whose gender is not male or female use many different terms to describe themselves, with non-binary being one of the most common. Other terms include genderqueer, agender, and bigender among others.

None of these terms mean exactly the same thing — but all speak to an experience of gender that is not simply male or female.

“The complexity of gender is evident in the problem of determining the sex or gender of individuals based on the artefacts recovered from their graves. It is unclear how well the grave goods represent the gender roles and identities of the past, and whether these roles should be interpreted from a binary perspective,” the paper said.

Non-binary identities have been recognised by cultures and societies around the world.