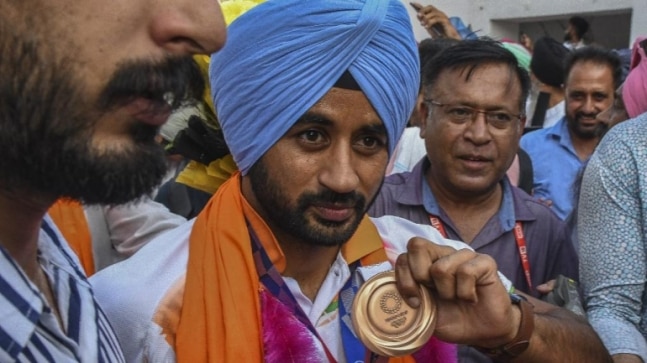 Manpreet Singh, who hails from Mithapur in Japandhar, came back home and gave the Tokyo Olympics bronze medal to his mother on Wednesday while the India hockey captain took a nap on her lap. 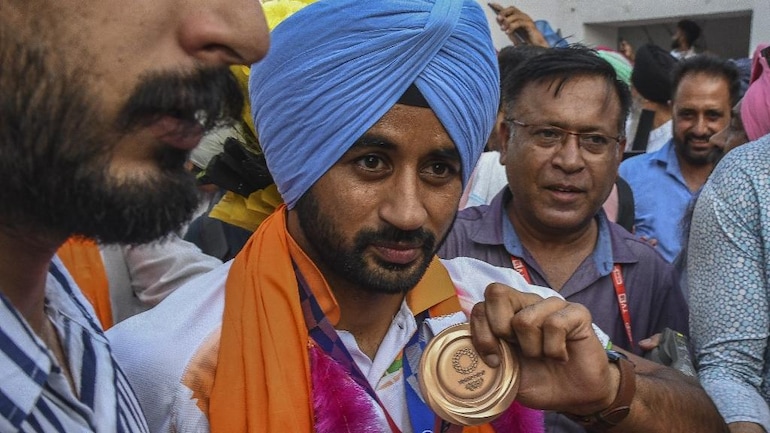 Indian men’s hockey team captain Manpreet Singh shared an adorable moment with his mother on Wednesday after returning home from a successful campaign at the Tokyo Olympics.

Manpreet Singh led the team to a historic bronze last week to end India’s 41-year wait for an Olympic medal in the sport. India’s last of the eight Olympic gold medals came way back in the 1980 Moscow Games.

Manpreet and Rani Rampal’s teams got a grand welcome from thousands of fans and were felicitated by the Indian government when they landed in Delhi on August 9 after which they disembarked for their respective homes around the country.

Manpreet, who hails from Mithapur in Japandhar, came back home and gave the bronze medal to his mother while he took a nap on her lap. The special moment was captured and shared on social media by the 29-year-old hockey superstar.

“Just seeing her smile and knowing how proud she is of me brings a smile to my face too – won’t be here today without her,” Manpreet posted on Instagram.

India opened their Tokyo 2020 campaign with a 3-2 win over New Zealand but were thrashed 1-7 by Australia in their second match of the Olympics.

However, they staged a clinical comeback after that, even equalling Australia on points to finish second in the group. They then beat Great Britain 3-1 in the quarter-finals before losing 2-5 to eventual gold medallists Belgium in the semis.

Manpreet said the bronze medal was much-needed for a nation like India which has a rich history of hockey.

“It is a big thing for hockey because after 41 years we won a medal. The last medal came before I was born and this medal will work as a big motivation for the future generation,” he said.