The upcoming episode of Dance Deewane 3 will be an Independence Day Special. Athletes Mirabai Chanu, Priya Malik and Bhavani Devi will be seen as special guests on the show. 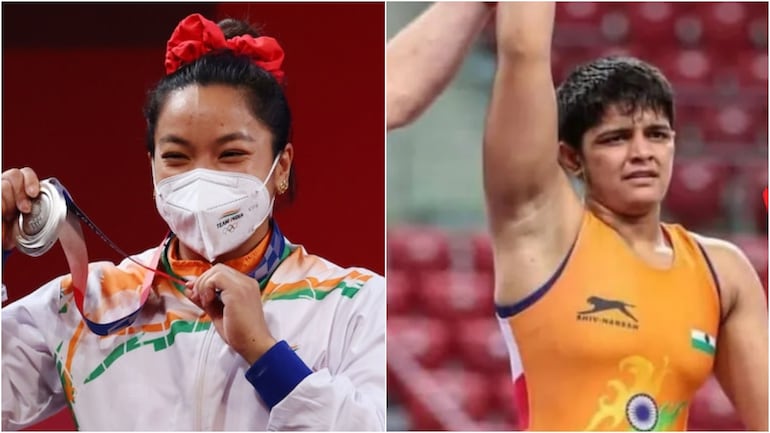 Mirabai Chanu and Priya Malik will be seen on Dance Deewane 3.

The upcoming weekend episode of Dance Deewane 3 is going to be special as the contestants will be celebrating 75th Independence Day through their dance performances. They will be showcasing their performances in the presence of some athletic stars. Among them will be Mirabai Chanu, who recently made India proud after winning Silver medal at the Tokyo 2020 Olympics. Apart from Mirabai, former first-class cricketer Bhavani Devi and wrestler Priya Malik, who won a gold medal at the World Cadet Championships in Hungary recently, will be a part of the episode as well.

DANCE DEEWANE 3 TO CELEBRATE INDEPENDENCE DAY IN A SPECIAL WAY

Check out the promo below:

Last weekend the show saw Nora Fatehi and Ganesh Acharya as special guests. The show is judged by Tushar Kalia, Madhuri Dixit and Dharmesh Yelande and hosted by Bharti Singh as well as Haarsh Limbachiyaa. Watch the Independence Day special episode of Dance Deewane this Saturday and Sunday at 8 pm on Colors.