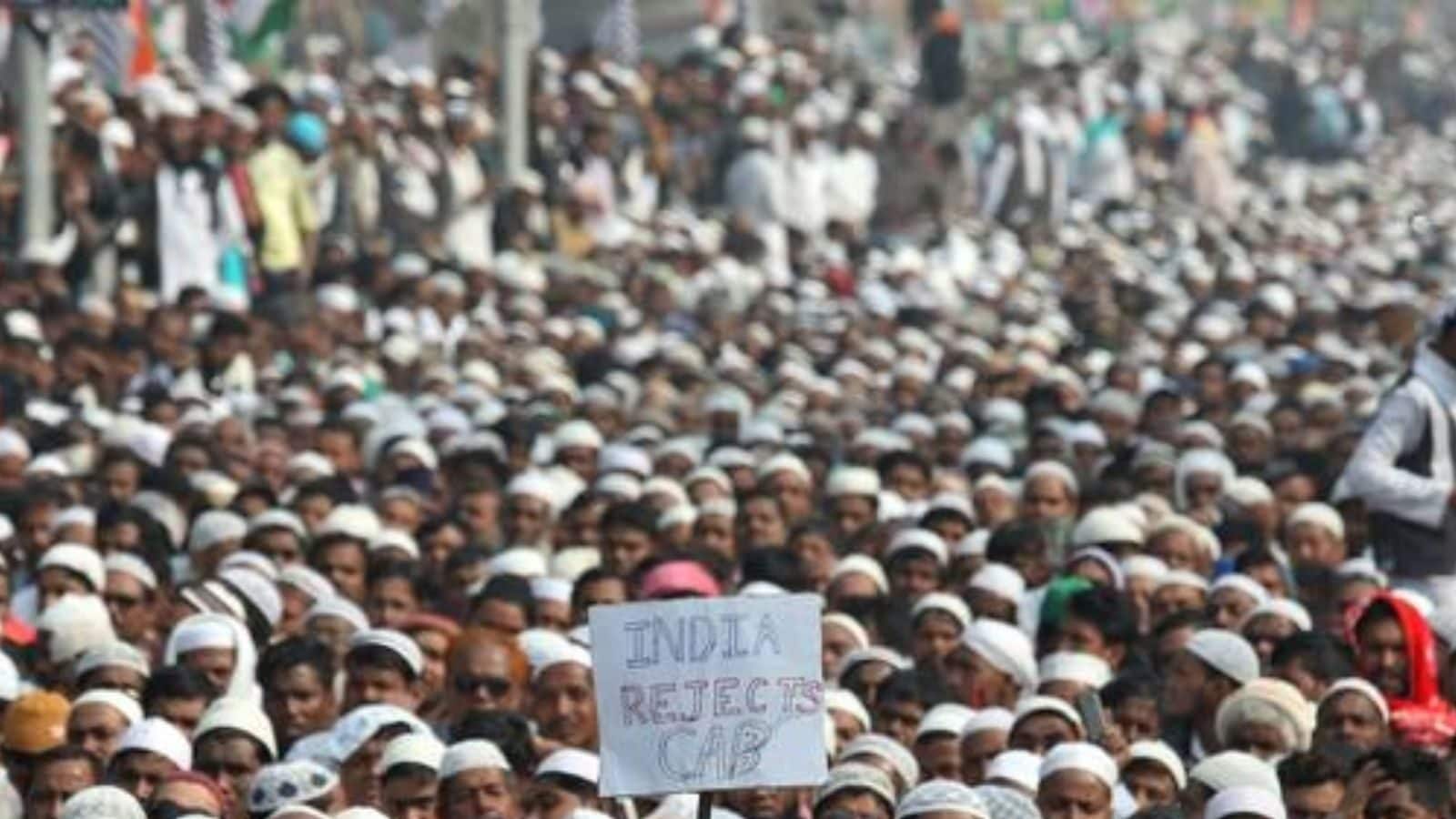 A disturbing video of a 45-year-old Muslim forced to chant ‘Jai Shri Ram’ slogans, while being paraded through a street, surfaced on social media. The man’s young daughter was seen by his side begging the attackers to spare her father, who was reportedly handed over to the police, according to a NDTV report. The video, shot by locals, also showed the man being assaulted while in the custody of police.

The assault reportedly occurred shortly after a Bajrang Dal meeting, held 500 metres away. The right-wing group claimed in the meeting that Muslims in the neighbourhood were trying to convert a Hindu girl.

Based on a complaint by the assaulted man, Kanpur police said in a statement that they have filed a case of rioting against a local who runs a marriage band, his son, and a group of unknown persons. The police, however, have not confirmed if the accused are affiliated to Bajrang Dal.

The victim stated in his complaint that the group started abusing and assaulting him while he was driving his e-rickshaw around 3 pm. He also mentioned that the accused threatened to kill him.

Incidentally, the man is related to a Muslim family in the neighbourhood that is involved in a legal dispute with their Hindu neighbours, according to the report.

The police statement also reportedly mentioned the legal feud between the two families. While the Muslim family filed a case of assault of criminal intimidation, the Hindu family later pressed charges against their neighbours for “assault with the intent to outrage the modesty of a woman”.

The report said that according to sources, the Bajrang Dal recently got involved in the matter and they had been making allegations of forcible conversion against the Muslim family.