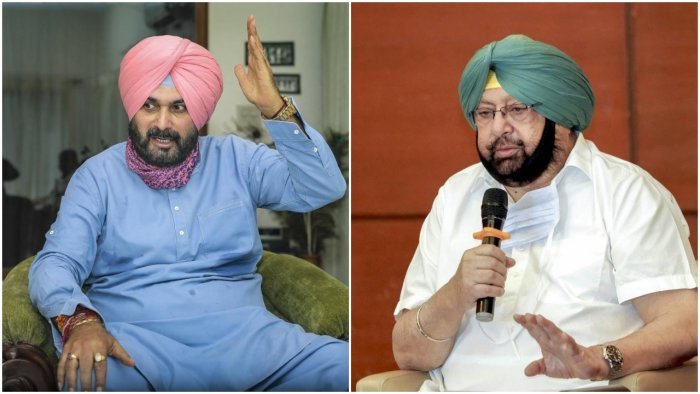 Punjab Congress president Navjot Singh Sidhu on Monday questioned his own party’s state government led by chief minister Amarinder Singh over the “delay” in action on the report by Special Task Force (STF) on drugs.

In a series of tweets on Monday, Sidhu asked what action has been taken in the last 2.5 years. Further, he said that he will bring a resolution in the state assembly for making the reports public if delayed further.

“In February 2018, STF headed by ADGP Harpreet Sidhu filed “status report” in Punjab & Haryana High Court, investigating statements & evidence recorded by ED that were submitted before Hon’ble Court in case of Bikramjit Singh Majithia & others involvement in Drug trafficking. In 2018, I held Press Conference, asking the Govt to immediately act upon the information shared by STF with the Hon’ble Court, after investigating into incriminating evidence produced before Court by Enforcement Directorate (Sharing Court records with admissible statements),” Sidhu wrote on Twitter.

“Hon’ble High Court had asked Punjab Govt to proceed as per law on the STF Report. On 23 May 2018 Govt filed before Court Opinion-cum-Status Report that still awaits the light of day in sealed envelope. After 2.5 years of delay, how much more the People of Punjab should wait. What investigation had Punjab Police done ? What action had Punjab Govt taken ? Must be brought into public domain. Since submission of reports, what further action did the state take in 2.5 years ? Govt must make itself accountable to the Public with complete transparency,” he said.

“No substantial order has been passed by Hon’ble Court in 2.5 years on this matter that impacts lives of Punjab’s Youth. Govt must move plea for preponement of opening of sealed reports to the earliest taking case against Majithia to a logical conclusion, punishing the guilty. Punishing culprits behind Drug trade is Congress’s priority under 18-Point Agenda. What is the action taken on Majithia? While Govt seeks extradition of NRIs linked to the same case. If further delayed will bring resolution in Punjab Vidhan Sabha for making the Reports Public,” Sidhu further said.

Last week, the home department wrote to the STF chief, seeking to know the reason for delay in acting against the big fish involved in drug trade in the state.