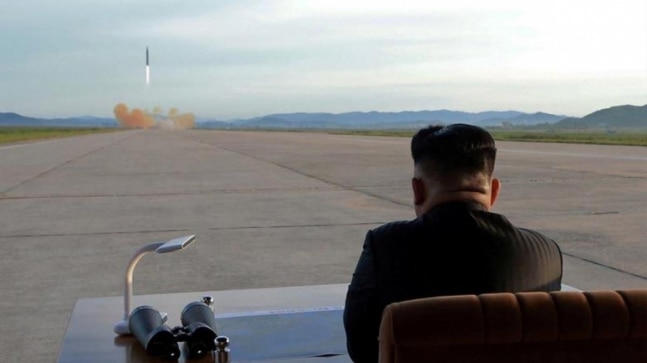 North Korea continued developing its nuclear and ballistic missile programs during the first half of 2021 in violation of international sanctions and despite the country’s worsening economic situation, according to an excerpt of a confidential United Nations report seen by Reuters on Friday.

The report by a panel of independent sanctions monitors to the UN Security Council North Korea sanctions committee said Pyongyang “continued to seek material and technology for these programmes overseas.”

“Despite the country’s focus on its worsening economic travails, the Democratic People’s Republic of Korea continued to maintain and develop its nuclear and ballistic missile programmes,” the sanctions monitors concluded.

North Korea is formally known as the Democratic People’s Republic of Korea (DPRK). North Korea’s mission to the United Nations in New York did not immediately respond to a request for comment on the UN report.

The isolated Asian nation imposed a strict lockdown last year amid the coronavirus pandemic that has slashed its trade and aid access, hurting an economy already burdened by international sanctions.

In June, leader Kim Jong Un said the country faced a “tense” food situation and much would depend on this year’s harvests.

“Statements made by DPRK suggested a deepening humanitarian crisis in the country, although the COVID-19 blockade means that the relative impact of sanctions on the humanitarian situation has probably decreased,” the UN monitors wrote.

“With trade all but stopped by the blockade, and last year’s harvest badly affected by floods, the current prospects of the wider DPRK population are poor,” they said.

North Korea has been subjected to UN sanctions since 2006 over its nuclear and ballistic missile programs. The Security Council has steadily strengthened sanctions in a bid to cut off funding for the programs.

Among the sanctions imposed are a ban on the export of coal and other commodities and the import of oil.

“Maritime exports from DPRK of coal and other sanctioned commodities continued, but at a much reduced level. The import of oil products reported to the panel fell substantially in the first half of the year,” according to the UN report.

The monitors said they were continuing to investigate North Korea’s involvement in global cyber activity and collaboration by North Korean academics and universities with scientific institutes abroad, “focusing on studies with potential applications in WMD (weapons of mass destruction) programmes.”

The UN sanctions monitors have previously reported that North Korea has stolen hundreds of millions of dollars using cyberattacks.