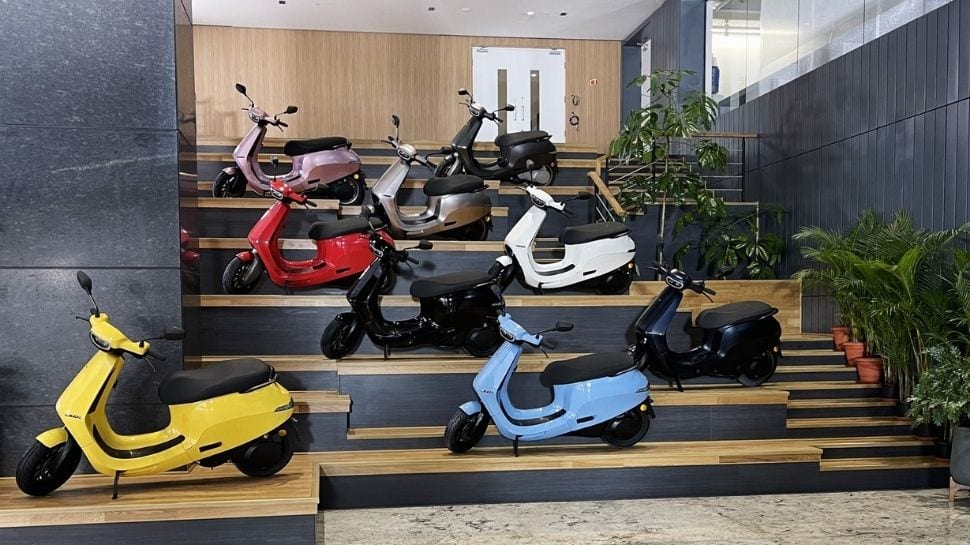 New Delhi: Ola Electric is all set to debut its electric bikes on the 75th Independence Day, which is on August 15, 2021. In a bid to create more hype around the launch, Ola CEO Bhavish Aggarwal has now shared a new image showcasing almost all the colour variants of the upcoming electric bike. The founder of the electric manufacturing firm shared the image on Twitter and said, “Ready for the revolution! @OlaElectric #jointherevolution http://olaelectric.com.”

In the image, one can see about nine variants of the Ola Electric scooter parked on different levels, probably to indicate the differences in the variants as well. The electric two-wheelers are expected to launch in three colour schemes: matte, metallic and pastel.

Currently, Ola Electric hasn’t unveiled the prices of the yet-to-be-launched electric scooter. However, reports suggest that the Ola bike is expected to be priced at around Rs 80,000 to Rs 1,10,000, depending on the variants.

Ola Electric scooter is expected to offer a range of 150 km on a full charge. The company has previously disclosed that the bike is expected to run for about 75 km on an 18-minute charge.

Ola Electric opened its booking last month, and so far the company has witnessed a phenomenal response from the customers. Within 24 hours of the launch, Ola Electric had claimed that it had received over 100,000 bookings. As of now, Ola is taking Rs 499 as a booking advance.

Ola Electric is expected to start the delivery of its electric bikes soon after the launch on August 15. However, while Ola Electric hasn’t revealed when the customers will start receiving their bikes, it has confirmed that buyers will receive the two-wheelers on a first-come, first-served basis.