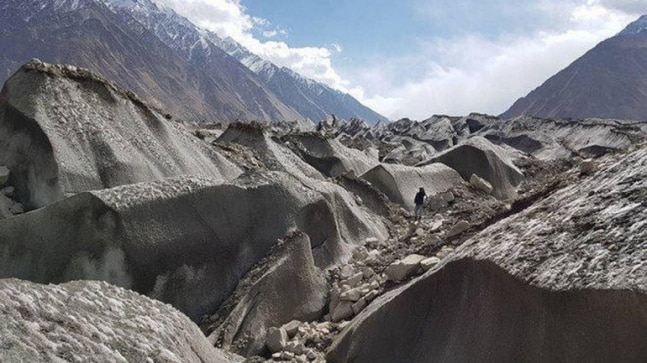 India has clearly conveyed to Pakistan that the entire union territories of Jammu and Kashmir and Ladakh, including the areas of Gilgit and Baltistan, are an integral part of the country by virtue of its fully legal and irrevocable accession.

India maintains the Government of Pakistan or its judiciary has no locus standi on territories illegally and forcibly occupied by it.

Dawn newspaper reported that under the proposed law by the Ministry of Law and Justice, the Supreme Appellate Court (SAC) of Gilgit-Baltistan may be abolished and the region’s election commission is likely to be merged with the Election Commission of Pakistan (ECP).

Sources in the law ministry told the newspaper that the draft of the bill titled ’26th Constitutional Amendment Bill’ had been prepared and submitted to Prime Minister Imran Khan.

In the first week of July, the prime minister had assigned the task of preparing the law to federal Law Minister Barrister Farogh Naseem.

According to the sources, the draft bill has been prepared after careful reading of the Constitution of Pakistan, international laws, the United Nations’ resolutions especially those related to a plebiscite on Kashmir, comparative constitutional laws and local legislation.

The stakeholders, including the governments of Gilgit-Baltistan and Pakistan-occupied Kashmir, had been consulted on the proposed constitutional amendment, the report quoted sources as saying.

The proposed law suggests that due to sensitivity attached to the region, it could be given provisional provincial status by amending Article 1 of the Constitution that related to the provinces and territories, the sources said.

They added that a set of amendments would be introduced to give the region representation in Parliament, besides the establishment of the provincial assembly in the territory.

The sources are confident that the constitutional amendment is in accordance with the international practice of merger of territories and it will not adversely affect the Kashmir cause in any manner, the report said.

The Pakistan government and the Opposition had reportedly discussed the move prior to last year’s meeting of the political leadership with the Pakistan Army chief.

According to an Opposition leader, Gilgit-Baltistan has acquired great significance in the region due to the China-Pakistan Economic Corridor (CPEC) that is now a “jugular vein” for the country.

The CPEC, which connects Gwadar Port in Pakistan’s Balochistan with China’s Xinjiang province, is the flagship project of Beijing’s ambitious multi-billion-dollar Belt and Road Initiative (BRI).

India has protested to China over the CPEC as it is being laid through Pakistan-occupied Kashmir.

Also Read: Gilgit-Baltistan: Story of how region 6 times the size of PoK passed on to Pakistan