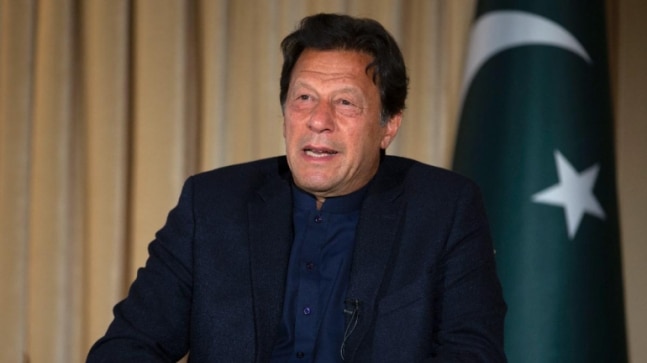 Pakistan Prime Minister Imran Khan on Thursday said that the government will renovate the Hindu temple in Bhong city that was attacked by a mob on Wednesday. He also said that he has asked the police to ensure the culprits are arrested. 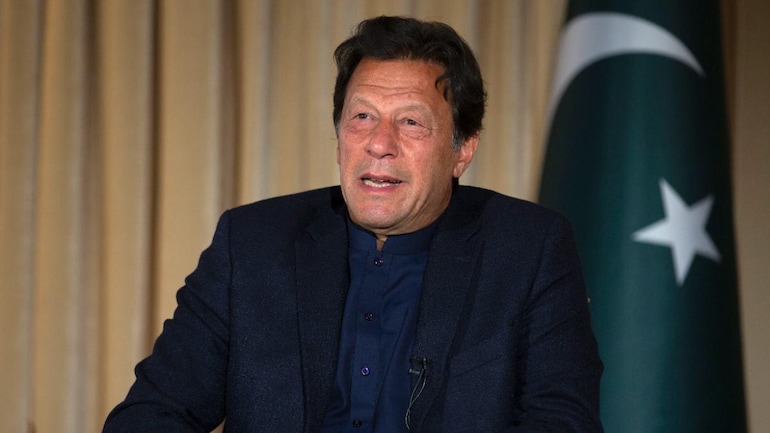 Pakistan Prime Minister Imran Khan said that his government will renovate the Hindu temple in Bhong city that was attacked by a mob on Wednesday. (Photo: File)

A day after a Hindu temple was attacked by a mob in Bhong city of Pakistan’s Punjab province, Pakistan Prime Minister Imran Khan took to Twitter to state that the government will renovate the damaged temple.

Additionally, Imran Khan said in his tweet that he has already asked the Inspector General in the province to ensure all the culprits are arrested and to take action in the case of any police negligence. “We strongly condemn yesterday’s attack on Ganesh temple,” he wrote. Shortly before Imran Khan posted this tweet, Chief Justice of Pakistan Gulzar Ahmed took suo moto cognizance of the matter. Punjab’s chief secretary and inspector general have been summoned to the Supreme Court on Friday.

This comes after the Chief Justice met with Dr Ramesh Kumar Vankwani, the president of Pakistan Hindu Council and a Hindu Member of Parliament in Imran Khan’s government. Dr Ramesh has also been asked to be present in court on Friday. 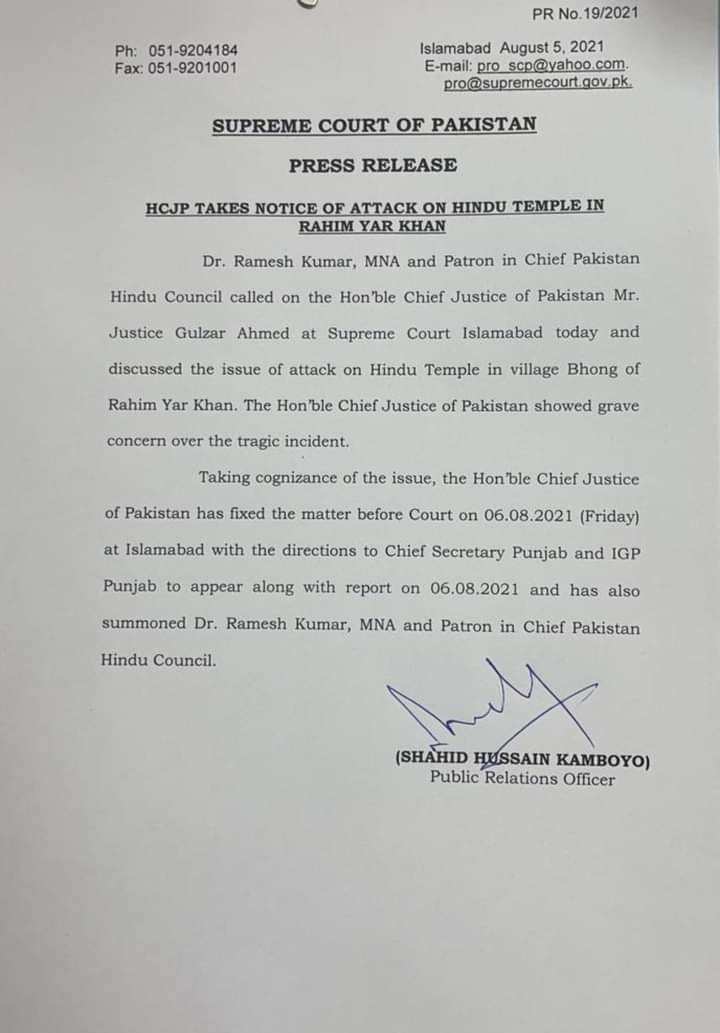 WHAT HAPPENED ON WEDNESDAY?

On Wednesday, a mob attacked a Hindu temple in Pakistan’s Punjab province and burned down parts of it and damaged its idols. When the police failed to control the situation, the Pakistan Rangers were called in.

According to news agency PTI, the police said the mob attacked the Hindu temple at Bhong city of Rahim Yar Khan district, some 590 km from Lahore, in reaction to alleged desecration of a Muslim seminary.

On Thursday morning, Pakistani Hindus protested against the incident in Rahim Yar Khan district and demanded action against the culprits.

The Government of India also condemned the attack on the temple. The Ministry of External Affairs in India summoned a Pakistan High Commission official and raised strong objection to the same.