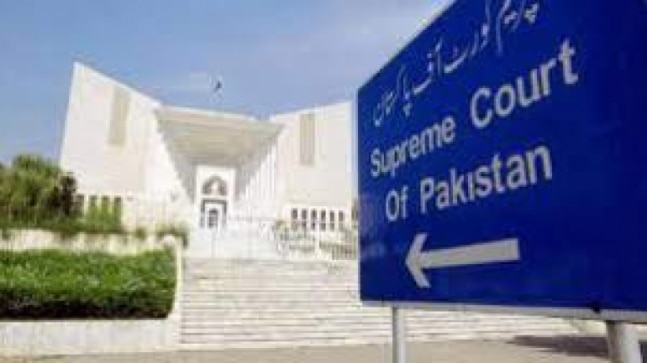 Pakistan’s Supreme Court on Friday pulled up authorities for failing to stop an attack on a Hindu temple in a remote town in Punjab province and ordered the arrest of the culprits, observing that the incident has tarnished the image of the country abroad.

Chief Justice Gulzar Ahmed, who took note of the attack on Thursday, presided over the hearing in Islamabad.

The apex court took suo motu notice of the case after patron-in-chief of the Pakistan Hindu Council Dr Ramesh Kumar met the Chief Justice on Thursday.

Hundreds of people, carrying sticks, stones and bricks attacked the temple, burning parts of it and damaging the idols, in Bhong area of Rahimyar Khan district of the province in protest against the release by a court of a nine-year-old Hindu boy, who was arrested for allegedly urinating in a local seminary.

A police officer said the boy was arrested last week and booked under the blasphemy laws but subsequently released on bail for being a minor. “The situation got out of control after the court granted bail to the boy,” he said.

“What were the administration and the police doing when the temple was attacked?” Chief Justice Ahmed asked Inspector General of Police (IGP) Inam Ghani, who was specially summoned to appear before the court.

Ghani said that the “administration’s priority was to protect 70 Hindu homes around the temple.

The assistant commissioner and assistant superintendent of police were present at the scene, Ghani added.

The Chief Justice was not satisfied with the answer and remarked: “If the commissioner, deputy commissioner and the district police officer can’t perform, then they should be removed.”

He observed that it showed that the police did nothing except watch the incident, without realising that it would damage the image of the country abroad.

“A Hindu temple was demolished, and just think what they must have felt. Imagine what would have been the reaction of Muslims, had a mosque been demolished,” the Chief Justice said.

The IGP tried to pacify the bench by saying that the case was registered and clauses of terrorism were added in the first information report (FIR), prompting Justice Qazi Amin, who was also part of hearing, to ask if any arrests were made so far.

When the IGP responded in negative, Justice Amin said that it showed that “the police failed in fulfilling its responsibility.”

The Chief Justice said, “three days have passed and not even one person has been arrested” which showed lack of enthusiasm on the part of police.

The court also expressed dissatisfaction at the performance of Commissioner Rahimyar Khan Division and sought a progress report from the IGP and the chief secretary within a week.

When the Additional Attorney General Sohail Mahmood tried to intervene that Prime Minister Imran Khan had taken notice of the incident and ordered police to take strict action against the attackers, the Chief Justice responded that the court would look into the legal aspects of the case.

He also asked police for the formation of village committees for peace and religious harmony and to probe who instigated the mob to attack the temple.

The hearing in the case has been adjourned till August 13.

Prime Minister Imran Khan on Thursday strongly condemned the attack on Ganesh temple and promised that his government will restore the damaged structure.

India on Thursday summoned the Pakistani charge d’affaires in New Delhi and lodged a firm protest, expressing grave concerns at this reprehensible incident and the continued attacks on the freedom of religion of the minority communities and their places of religious worship in Pakistan.

In December 2020, a century-old Hindu temple was vandalised by a mob in Terri village in Khyber Pakhtunkhwa’s Karak district.

The apex court, which took notice of the attack, had ordered authorities to start the reconstruction of the temple that was vandalised by the mob and instructed them to recover the money for the restoration work from the attackers whose act has caused “international embarrassment” to the country.

According to official estimates, 75 lakh Hindus live in Pakistan. However, according to the community, over 90 lakh Hindus are living in the country.

The majority of Pakistan’s Hindu population is settled in Sindh province where they share culture, traditions and language with Muslim residents. They often complain of harassment by the extremists.