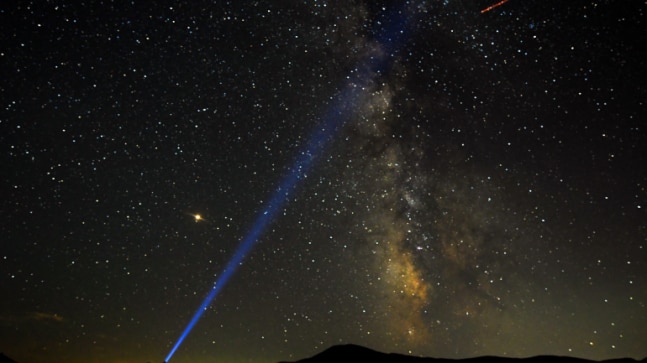 The Perseid meteor shower, one of the most amazing and unique celestial events, will be visible on the night of August 12, 13 for people in the Northern Hemisphere. A man points his light at the Milky Way during the peak of the Perseid meteor shower at Mavrovo national park in Macedonia. (Photo: Reuters)

The most anticipated meteor shower, Perseid is an annual phenomenon that occurs between mid-July and early August when Earth passes through the remains of comet ‘Swift-Tuttle’.

Perseid meteor shower will be visible on the night of August 12, 13 for people in the Northern Hemisphere.

While the event will peak on August 11-13, the meteors and their trails will be visible for another 10 days between midnight and dawn. Nasa said the best time to view is during the pre-dawn hours on August 12.

Midnight to dawn on any morning of the week before or after should also produce a few meteors.

Scroll down to see some of the best photos of Perseid meteor shower from recent years:

1Where does Perseid come from? 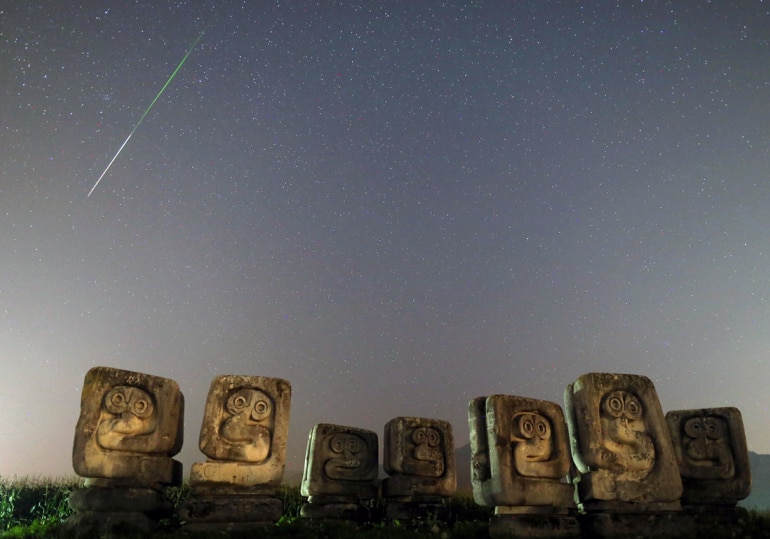 Perseid comes from comet 109P/Swift-Tuttle that orbits around Sun once every 133 years and is named after Lewis Swift and Horace Tuttle, who first spotted it in 1862. The comet is almost twice the size of the asteroid that led to the extinction of dinosaurs on Earth.

The Perseid meteor shower gets its name from the point in the sky from which the meteors appear to come — the constellation Perseus. (Reuters)

2What is the Perseid meteor shower? Perseids come from leftover comet particles and bits of broken asteroids. Known for fireballs that glow in the night sky, these meteors leave behind a dusty trail every year as Earth passes through their debris field. During the event, the meteor count can go as high as 60 per hour. During the peak, one meteor, which appears like a shooting star, can be seen every two minutes. (Reuters)

3How to watch Perseid meteor shower? To watch the meteor shower, find somewhere comfortable, avoiding bright lights as much as possible, and give your eyes some time to adjust to the dark —up to half an hour. If it is a clear sky, you don’t need any equipment to watch the beautiful meteor shower. It will be visible all over the sky at night and can be easily seen through the naked eye.

4When will Perseid meteor shower peak this year?