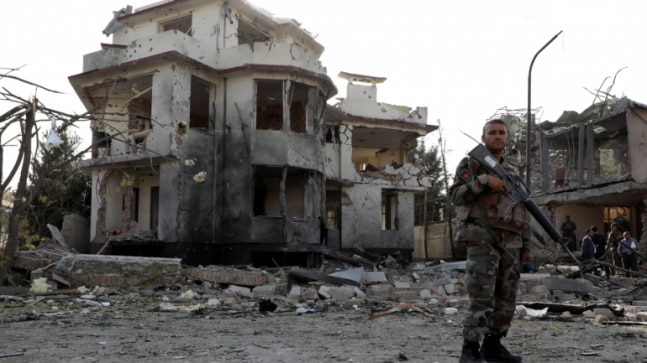 Russia has not invited India to a crucial meeting on Afghanistan that it has convened in Qatar. The meeting, titled “extended Troika”, will be held on August 11. Talks under this framework were earlier taken place on March 18 and April 30.

Apart from Russia, China, Pakistan and the US are expected to attend this meeting that comes amid fast-evolving political and security situation in Afghanistan.

When asked about not being invited to this meeting after initial positive indications, the Ministry of External Affairs (MEA) sought to downplay the issue and said New Delhi engages with Russia on regular basis on Afghanistan.

WHY THIS MEETING IS BEING HELD

The meeting has been convened in the wake of the Taliban making major offences in Afghanistan amid the political turmoil created by US troops leaving the war-torn country.

Russia has stepped up efforts to reach out to all key stakeholders in Afghanistan to stop the violence and push the Afghan peace process.

Russia has also been holding the ”Moscow Format” of talks to bring peace and creating conditions for the process of national reconciliation in Afghanistan.

On Thursday, when asked about Russia not inviting India to this crucial meeting, MEA Spokesperson Arindam Bagchi said New Delhi engages with Moscow on Afghanistan on a regular basis.

“Our two countries share a special and privileged strategic partnership. We engage with Russia on a regular basis on Afghanistan,” he said.

ALSO READ | Lost in translation: Taliban scare for ‘kafir’ interpreters amid US withdrawal from Afghanistan

There were speculations that India would be invited to this meeting after Russian Foreign Minister Sergey Lavrov said last month that Russia will continue to work with India and other countries that can influence the situation in Afghanistan.

“We will continue working with the Americans in the extended Troika format as well as with all other countries that can influence the situation in Afghanistan, including our partners from Central Asia, India, Iran and the US,” Lavrov had reportedly said.

TALIBAN AND THE SITUATION IN AFGHANISTAN

The Taliban has been making rapid advances across Afghanistan by resorting to widespread violence since the US began withdrawing its troops from the country on May 1.

The US has already pulled back the majority of its forces and is looking to complete the drawdown by August 31.

India has been a major stakeholder in the peace and stability of Afghanistan. It has already invested nearly $3 billion in aid and reconstruction activities in the war-ravaged country.

India has also been supporting a national peace and reconciliation process that is Afghan-led, Afghan-owned and Afghan-controlled.