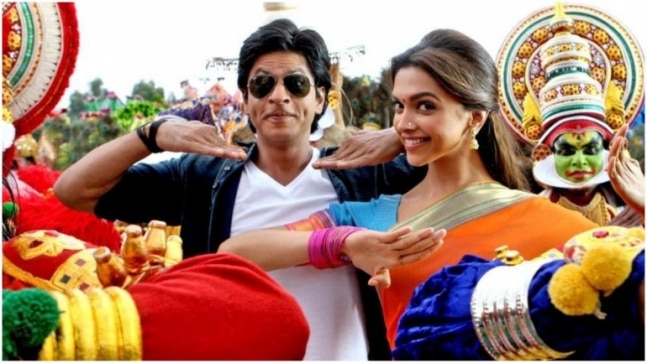 Rohit Shetty never promises that his films will be strong as far as the plotline is concerned. However, one thing that is guaranteed is high-voltage entertainment, which he delivers. Shah Rukh Khan and Deepika Padukone-starrer Chennai Express doesn’t disappoint in that department. The actors’ effervescence and scenic shots hook you on to your screens till the end.

Chennai Express released on August 8, 2013. As Chennai Express turns eight years, we revisit the film which entertains you to the core while being soothing to the eyes in every scene.

THE REUNION OF SHAH RUKH KHAN AND DEEPIKA PADUKONE

It was a dream come true moment for Deepika Padukone when she made her Bollywood debut opposite Shah Rukh Khan in Farah Khan’s Om Shanti Om in 2009. The actress then went on to star in films such as Cocktail and Yeh Jawaani Hai Deewani, among others. However, when she reunited with Shah Rukh Khan for Chennai Express, their fans couldn’t keep calm. The stars also didn’t disappoint them and delivered an entertaining performance. The chemistry between them as Rahul and Meena was palpable as they travelled from Mumbai to Rameswaram, the southern-most tip of India, in Chennai Express.

We also saw Rahul and Meena having their own Dilwale Dulhaniya Le Jayenge moment.

NO COMPROMISE ON ENTERTAINMENT

Shah Rukh Khan is at his humorous best in Chennai Express. From his body language to his dialogues, the actor made his audience laugh in every instance. When he said, “Don’t underestimate the power of a common man,” the feeling of every ‘Indian common man’ resonated with him and it soon became a go-to dialogue for everyone. SRK as Rahul constantly tries to outsmart the people of South India. He breaks into song-and-dance, gets drunk, blows up jeeps and does a Jim Carryish over-the-top act to get guffaws from a captive audience. And it works in his favour as his audience went to the theatres to watch him do this.

We admit Deepika Padukone’s South Indian accent was irritating to the core, but then you will not deny that she made you laugh often throughout the film. In one scene where she talks in her sleep and kicks Rahul out of his bed, it is hilarious and makes you laugh till your stomach starts aching.

The only turn off is that for what is primarily a Hindi film, there’s too much spoken Tamil. There are some cleverly written dialogues that will not let you underestimate the South because it even plays a crucial role in the coalition government. But then, it was lost in translation.

IT SOUNDED AS BEAUTIFUL AS IT LOOKED

Did we tell you how beautiful every shot in Chennai Express looks? Oh we did, and we reiterate it again as its cinematography deserves praise. From colourful landscapes to the magnificent waterfall, Dudley’s work at the camera made Chennai Express something that can never be forgotten. Many decided for a ‘Bharat Bhraman’ (a tour of India) after watching the film as it featured India like never before. It looked pristine and all set to be explored. It will not be an exaggeration if we say that the tourist footfall at Dudhsagar waterfall in Goa increased after the release of Chennai Express.

Vishal-Shekhar’s music worked like the icing on the cake for Chennai Express. It complemented the scenic cinematography quite well. From romantic numbers like Banke Titli to peppy dance tracks like One Two Three Four Get On The Dance Floor, its music album has a song for every mood. How can we forget about Lungi Dance? Even though it was just a promotional song, it reigned the charts for months.

While there are many who find Chennai Express logic-less and highly annoying, it definitely possesses a special place in the hearts of SRK and Deepika Padukone’s fans for its entertainment quotient, music and cinematography. If you read it till here and now feel like watching Chennai Express again, you can find it on Netflix.