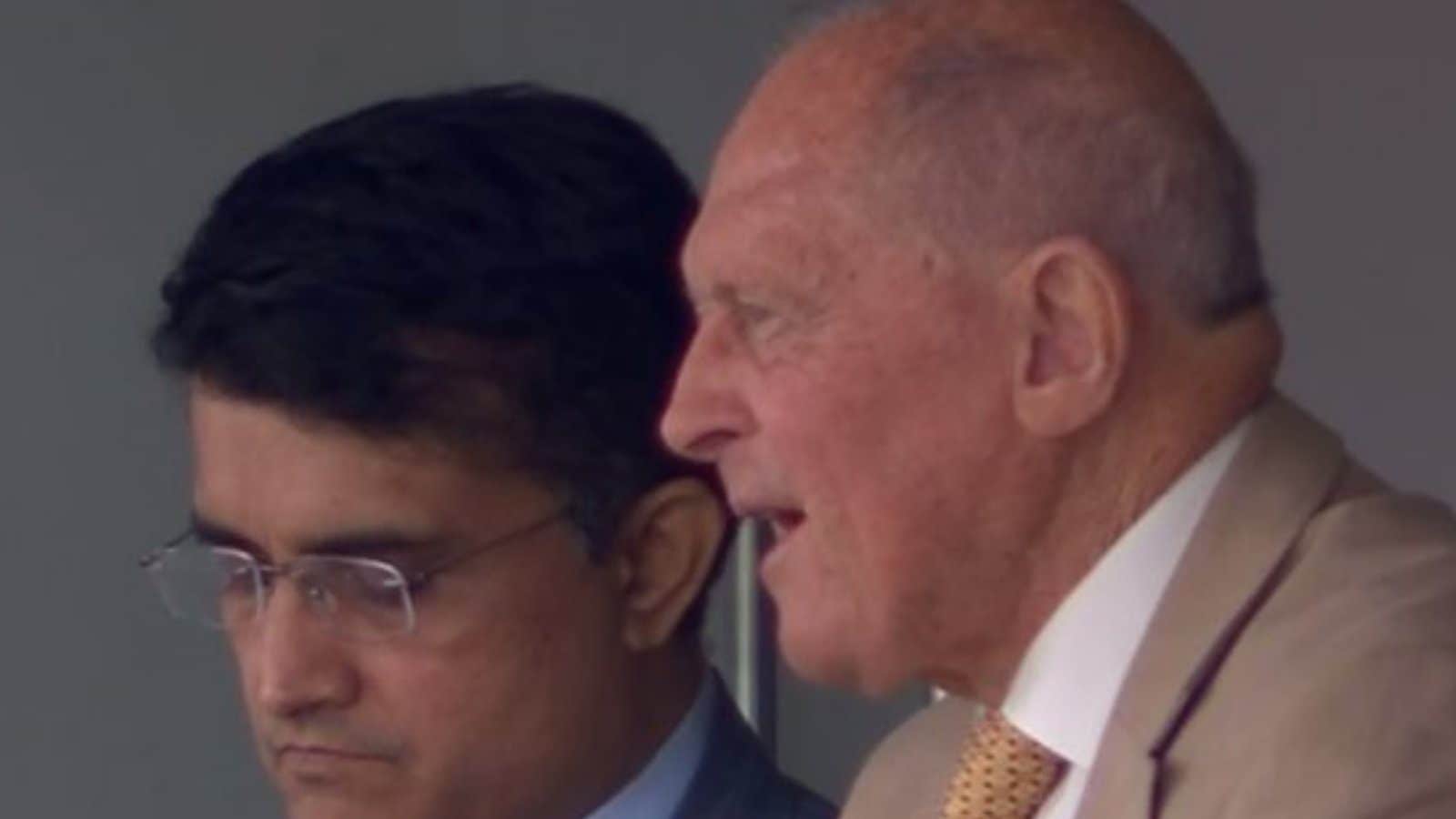 BCCI President Sourav Ganguly was seen having a lengthy discussion with former England batsman Geoffrey Boycott in the stands.

‘Prince of Calcutta’ for any Indian cricket fan, this particular reminds them of Sourav Ganguly’s hey days and Geoffrey Boycott’s rave about the stylish left-handed batsman in his typical Yorkshire accent. On Thursday at the Lord’s Cricket Ground, these two iconic duo reunited during India’s second Test match against England. Boycott and Ganguly were seen having a lengthy discussion in the stands on the first day of the Test match. Sourav Ganguly, who is now the president of the BCCI was in attendance along with BCCI secretary Jay Shah, vice-president Rajiv Shukla, England and Wales Cricket Board (ECB) CEO Tom Harrison. Sourav Ganguly’s wife Dona was also seen sitting at the VIP box.

Sourav Ganguly fans and Inidan cricket fans were over the moon seeing the two together again, here’s how they reacted:

Grew up hearing Geoffrey Boycott call Sourav Ganguly – “The Prince of Calcutta”.Awesome to see them in one frame and that too at Lord’s! pic.twitter.com/hU7li15NWv

Geoff Boycott having a chat with the “Prince of Calcutta” #ENGvsIND— Nishad Pai Vaidya (@NishadPaiVaidya) August 12, 2021

Saurav and Geoffrey together.. Reminds of good ol days of Geoffrey cheering for the Prince of Calcutta #goodtimes— Gups (@gupschaney) August 12, 2021

Powered by 83 from opener Rohit Sharma and an unbeaten half-century from K.L. Rahul (batting 55), India moved to 157 for two at tea on the first day of the second Test against England at Lord’s on Thursday.

England bowlers struggled to take wickets after putting India into bat as the visitors reached 46 without loss in the rain-curtailed first session.

Indian openers survived tight bowling from James Anderson and Ollie Robinson before opening up against a wayward Sam Curran.

Both Rahul and Sharma put on a century partnership before Anderson bowled the latter for 83. This was Sharma’s highest score overseas.

England’s seasoned pacer then removed Cheteshwar Pujara, having him caught in slips, for nine.