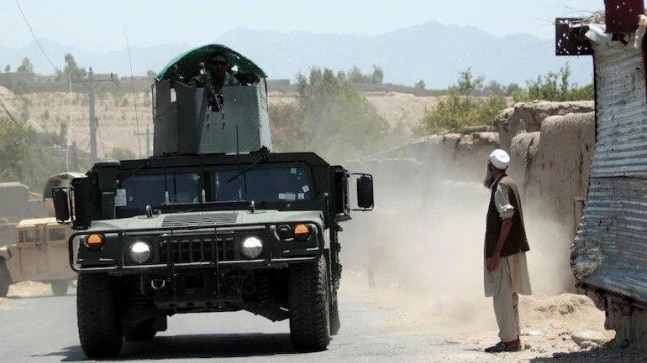 The Afghanistan envoy to the United Nations has reportedly alleged that the Taliban continues to enjoy a safe haven in Pakistan.

The Afghan ambassador claimed that the Taliban received supplies and logistics support from Pakistan, and added that the injured Taliban were taken to Pakistan for treatment.

The envoy further added that there were videos available that showed the injured Taliban getting treatment in Pakistan, and that the bodies were also being taken to the neighbouring country for burial.

The Afghanistan envoy’s statement comes amid increasing tension between the two nations as Afghanistan accused Pakistan of providing logistical support to Taliban fighter and fomenting violence in Afghanistan.

The Taliban has been expanding its hold across Afghanistan by resorting to widespread violence since the US ordered withdrawal of its troops from the country.

Last month, Pakistan PM Imran Khan in an interview with a US new channel had described the Taliban as “normal civilians” and had asked how Pakistan was supposed to hunt them down when the country had nearly three million Afghan refugees at its borders.

Terming the allegations that Pakistan has aided Taliban financially and provided them with weapons and intelligence as “extremely unfair”, Imran Khan demanded evidence to back these claims.

“Why don’t they give us evidence of this? When they say that Pakistan gave safe havens, sanctuaries to Taliban, where are these safe havens? There are three million Afghan refugees in Pakistan. And Taliban are not some military outfit. They are normal civilians. And if there are some civilians in these camps, how is Pakistan supposed to hunt these people down? How can you call them sanctuaries?” Imran Khan had asked.

Meanwhile, Pakistan’s national security adviser Moeed Yusuf said on Wednesday that Afghanistan’s government and the Taliban must both compromise and reach a peace settlement.

The United Nations Security Council (UNSC) met on Friday under the Indian Presidency to discuss and take stock of the situation in Afghanistan.

The decision to hold the UNSC meeting came two days after Afghan Foreign Minister Mohammed Hanif Atmar spoke to his Indian counterpart S Jaishankar on the convening of an emergency session of the powerful global body to stop the Taliban’s violence.

ALSO READ: Taliban are normal civilians, how is Pakistan supposed to hunt them down, asks PM Imran Khan