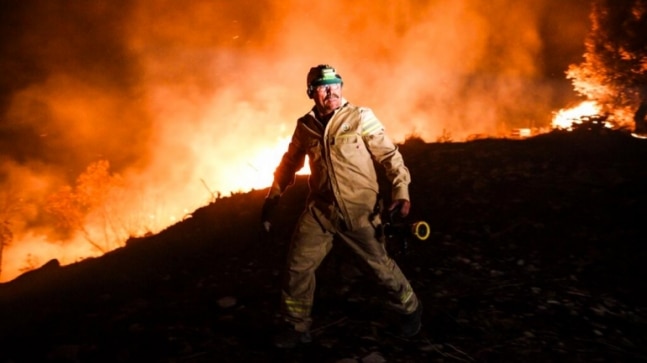 Thousands of people fled their homes on the outskirts of Athens on Friday and hundreds were evacuated by boat from the nearby island of Evia as Greece faced a fourth day of wildfires fuelled by strong winds and searing temperatures.

Like elsewhere in Europe, Greece has been grappling with extreme weather this summer and a week-long heatwave – its worst in 30 years – has sparked simultaneous wildfires in many parts of the country, burning homes and killing animals as flames tore through thousands of acres of land. In neighbouring Turkey, authorities are battling the country’s worst ever wildfires, which forced the evacuation of tens of thousands of people. In Italy, hot winds fanned flames on the island of Sicily this week.

On Friday, Greek authorities ordered the evacuation of more suburbs north of Athens, where wildfires on the foothills of Mount Parnitha burst back into life late on Thursday, after dying down earlier in the week.

The fire burned around the main highway linking the capital to northern Greece and hundreds of firefighters with water-bombing aircraft were trying to prevent the flames reaching the nearby town of Marathon. “We might have to spend the night in the car if we don’t find a friend to host us,” said Yorgos, 26, who had to leave his home in the suburb of Polydendro. 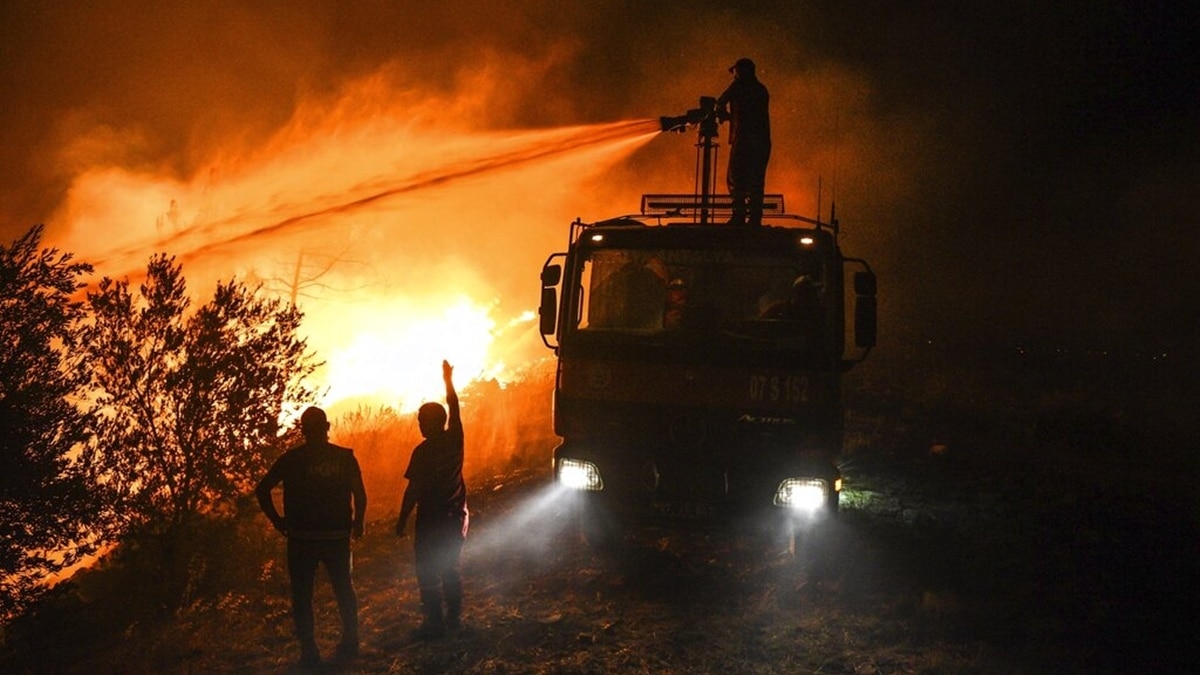 Joining firefighters from countries including France, Cyprus and Sweden, Israel said it was sending a team of 16 firefighters to Greece. (Photo: AP)

Athenians were told to stay indoors again to avoid toxic fumes as the blaze, fuelled by winds and explosions on high-voltage power lines, sent a cloud of smoke over the capital. Temperatures have been over 40 degrees Celsius (107 Fahrenheit) all week and no let up was expected on Friday with gale force winds expected to spread the flames further.

The Athens power grid operator announced staggered power cuts in the surrounding region to ensure there were no major outages in mainland Greece.

On Evia, coastguard vessels assisted by tourist boats have picked up 631 people since late Thursday from three beaches on the island, where the flames have burned through a vast area of pine forest since Tuesday and reached the sea. The island’s deputy governor, George Kelaiditis, called it “the biggest catastrophe in Evia in 50 years,” with hundreds of damaged houses and thousands of acres of burned forest land.

In the Peloponnese, where firefighters saved Ancient Olympia, the site of the first Olympic Games, from a raging fire this week, the flames left behind scorched earth and dead animals. “A catastrophe,” said farmer Marinos Anastopoulos. “The fire came around midday with swirling winds and homes were burned, a lot of animals burned to death. Rabbits, sheep, dogs, everything.”

Joining firefighters from countries including France, Cyprus and Sweden, Israel said it was sending a team of 16 firefighters to Greece. So far, at least nine people have been taken to hospital with varying degrees of injury, including two volunteer firefighters treated for burns in intensive care units in Athens, health officials said.