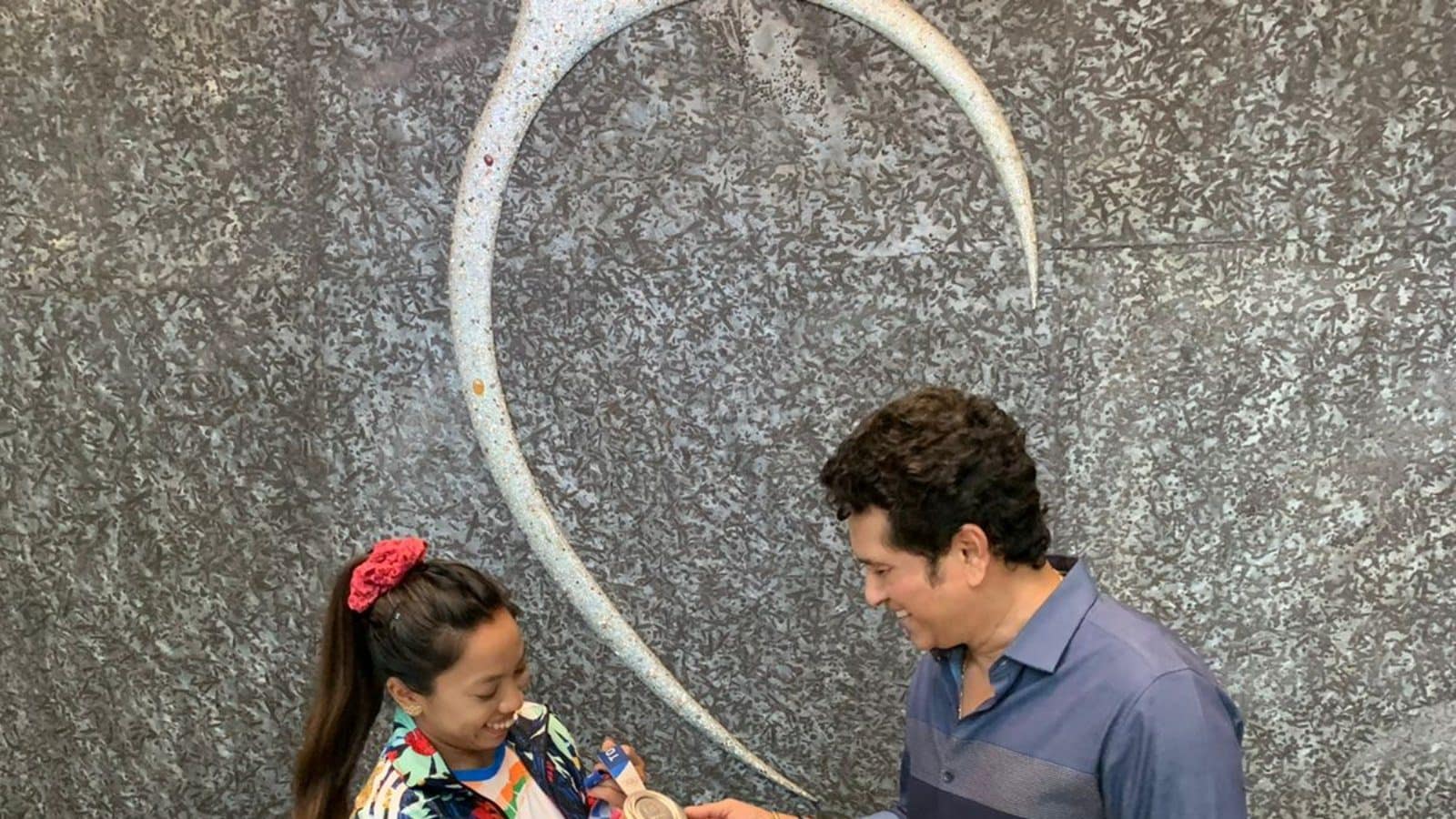 After her historic performance and spending some quality time with family and friends back home in Manipur,Chanu met cricketing legend Sachin Tendulkar at his home in Mumbai. The ace weightlifter took to Instagram to share a couple of pictures with Tendulkar.

“Loved meeting Sachin Tendulkar this morning. His words of wisdom and motivation shall always stay with me. Really inspired,” the 27-year-old captioned the images from her meetingwith the batting maestro. The photos show Tendulkar admiring the silver medal won by the weightlifter. The Indian cricket legend also presented her with a bouquet of flowers.

Tendulkar took to social media to show his mutual appreciation for each other and how much he enjoyed meeting Chanu at his residence.

From First Meeting at Airport to Marriage: The Adorable Love Story of Sachin and Anjali Tendulkar | In Pics

“Mirabai Chanu can lift spirits as easily as she lifts weights! Was wonderful spending time with you. You’re a champion whose journey can inspire several more champions! Keep soaring in your life and career!” the legend captioned on Instagram.

Chanu is only the second Indian woman after Karnam Malleswari to clinch a medal in weightlifting. Malleswari had clinched the bronze in the 2000 Sydney edition.

After two decades, Chanu opened the country’s Tokyo Olympics account with a silver in the women’s 49 kg category. She lifted 202kg (87kg+115kg) in total to take home the silver medal. In the process, she became the first Indian to clinch a medal for the country on the first day of the quadrennial event.

She performed exceptionally, however, that wasn’t enough for her to claim the gold medal as China’s Hou Zhihui took the first spot,while, Indonesia’s Windy Aisah won bronze in the same category.