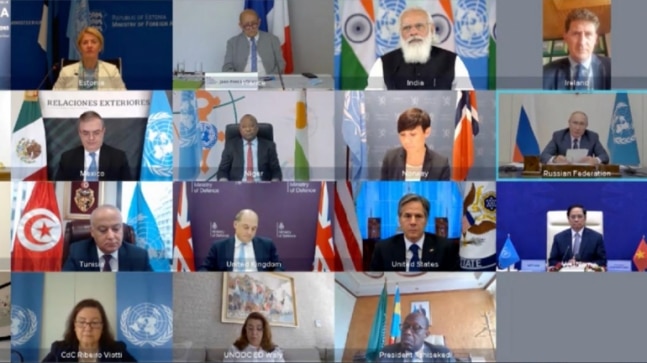 Earlier, the then prime minister PV Narasimha Rao had attended an UNSC meeting on January 31, 1992. As external affairs minister, Atal Bihari Vajpayee also attended the UNSC meeting on September 29, 1978, when he had advocated for Namibian independence at the UNSC.

PM Narendra Modi’s speech at the UNSC on maritime security was prepared in consultation with various agencies in New Delhi, as well as inputs from India’s Permanent Mission to the UN in New York.

The speech focused on five basic principles to provide a structure of the agenda that was adopted with consensus to improve maritime security coordination.

Apart from advocating for an environment conducive to legitimate maritime trade, PM Modi also spoke about the need for settling maritime disputes peacefully and putting up a joint fight against natural disasters and non-state actors.

“Oceans are our shared heritage. They are also the lifeline of international trade. Above all, they are key to our planet’s future. However, today, this common maritime heritage of ours faces various types of threats. Maritime routes are being misused for piracy and terrorism,” Prime Minister Modi said.

Interestingly, the biggest take away from this open debate on maritime security was the fact that the United Nations Convention on the Law of the Sea of 10 December 1982 (UNCLOS) was recognised at the UN Security Council.

With India holding the presidency of the Security Council, consensus on the UNSC President’s statement was preceded by weeks of negotiations and to and fro between various member states.

China, which is traditionally opposed to the idea of UNCLOS, was also onboard.

India took a responsible yet consensus building approach by initiating consultations amongst all UNSC member states several months in advance. A concept note incorporating the framework was also circulated in this regard. 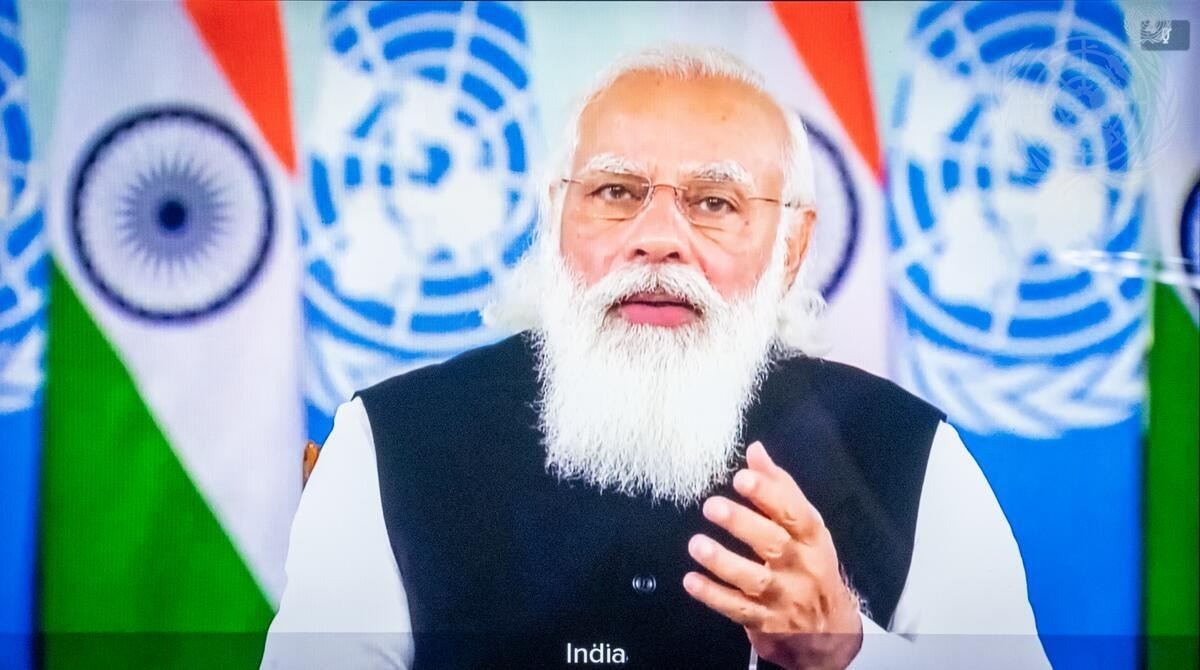 In his statement, UN Security Council President Ambassador TS Tirumurti said, “The Security Council reaffirms that international law, as reflected in the United Nations Convention on the Law of the Sea of 10 December 1982 (UNCLOS), sets out the legal framework applicable to activities in the oceans, including countering illicit activities at sea.”

As per the UNSC Presidential statement, “UNCLOS is the legal framework applicable to activities in the oceans, including countering illicit activities at sea.”

The framework highlights the importance of enhancing international and regional cooperation to counter threats to maritime safety and security. It also calls for efforts by regional and sub-regional organizations and individual countries in this regard.

In addition, UNCLOS stresses mutual legal assistance and other forms of law enforcement cooperation against transnational organized crime at sea, including bilateral or regional agreements or arrangements.

The framework also seeks to strengthen cooperation for maritime safety and security, including against piracy, armed robbery, terrorism, human and drug trafficking.

The UNCLOS further promotes safe and secure shipping while ensuring freedom of navigation in accordance with applicable international laws.

While speculation was rife as to why China’s Permanent Representative to the UN, Ambassador Zhang Jun, was not present for the open debate, an official said that the reason for his absence was genuine as he had to head back to Beijing for consultations for the upcoming United Nations General Assembly (UNGA) session in September.

With a trip to China involving quarantine, it was not possible for Zhang Jun to be present for the open debate, the official added.

The other reason why the recognition of UNCLOS is considered a huge diplomatic achievement for India is because this was the first ever standalone discussion on “Maritime Security” in the UN Security Council (UNSC).

Other member states of the UNSC tried to move a debate on maritime security but it was always stalled, primarily by China. Past attempts by Vietnam (April 2021) and Equatorial Guinea (February 2019) for a full discussion did not succeed. Vietnam was not even allowed a discussion on the matter.

For India, the other important aspect was to get the issue of “terrorism” highlighted, more so when India has been at the receiving end of terrorists entering the country using sea routes, as was confirmed following the 26/11 Mumbai terror attack.

“The Security Council notes with concern the ongoing threats to maritime safety and security posed by piracy, armed robbery at sea, terrorists’ travel and use of the sea to conduct crimes and acts against shipping, offshore installations, critical infrastructure, and other maritime interests,” the UNSC President’s statement read.

The statement went on to say, “The Security Council notes the deplorable loss of life and adverse impact on international trade, energy security and the global economy resulting from such activities and, in this regard, emphasizes the importance of safeguarding the legitimate uses of the oceans and the lives of people at sea, as well as the livelihoods and security of coastal communities.”

Presidential Statement on Maritime Security adopted by the #UNSC

A call for international cooperation. pic.twitter.com/AeZDyF8vVy

A presidential statement cannot be issued without consensus. The line of world leaders who backed the recognition of UNCLOS shows the work that went into ensuring that all were onboard, albeit with reservations.

Roping in the African Union and Russia surely must have helped matters with Beijing since much is at stake for this P5 nation in Africa. US Secretary of State Antony Blinken, President of the Democratic Republic of the Congo, the President of Kenya, the Prime Minister of Vietnam and, in a rare appearance, the President of Russia, were all present during the open debate.