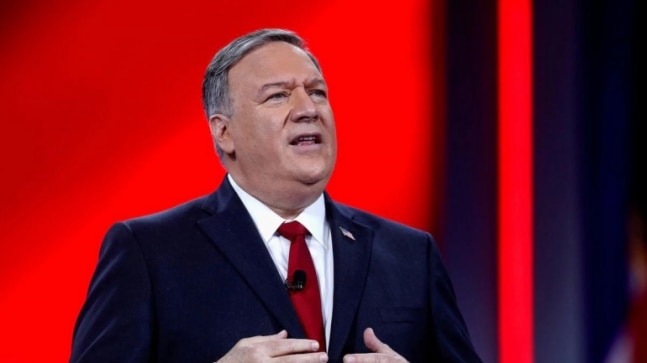 The US State Department is looking into the whereabouts of a $5,800 bottle of whisky given to former Secretary of State Mike Pompeo by the Japanese government, a U.S. government document made public on Wednesday showed.

A notice from the State Department’s Office of the Chief of Protocol dated July 22 listing gifts to U.S. federal employees from foreign governments reported in 2019, said the whisky was donated to Pompeo by the government of Japan on June 24, 2019.

In the notice, due to be published in the Federal Register on Thursday, the gift was listed as “Disposition Unknown.”

“The Department is looking into the matter and has an ongoing inquiry,” a footnote added.

The investigation was first reported by the New York Times, which noted that U.S. officials are allowed to keep gifts that are appraised to be worth less than $390, and if they want to keep gifts valued over that, they have to purchase them.

Asked for comment, Pompeo’s lawyer, William Burck, said: “Mr. Pompeo has no recollection of receiving the bottle of whiskey and does not have any knowledge of what happened to it. He is also unaware of any inquiry into its whereabouts. He has no idea what the disposition was of this bottle of whiskey.”

The State Department did not respond to a request for further details.

The New York Times quoted two unnamed people briefed on the matter as saying that the U.S. government was never paid for the bottle and the State Department had asked its inspector general to determine what happened to it.

The Times report said it was unclear if Pompeo ever received the gift, as he was traveling in Saudi Arabia on June 24, 2019, when Japanese officials gave it to the State Department.

In April, Pompeo, who served in the administration of former President Donald Trump, was accused in a government watchdog report of violating federal ethics rules governing the use of taxpayer-funded resources when he, and his wife, asked State Department employees to carry out personal tasks more than 100 times. read more

Pompeo denied that report, saying it was politically motivated and filled with factual errors.

Pompeo served until Jan. 20, when Trump, a Republican, left office after being defeated by Democrat Joe Biden in the November election.

Pompeo is seen as among a handful of Republicans with presidential ambitions for 2024, although he has not confirmed this.