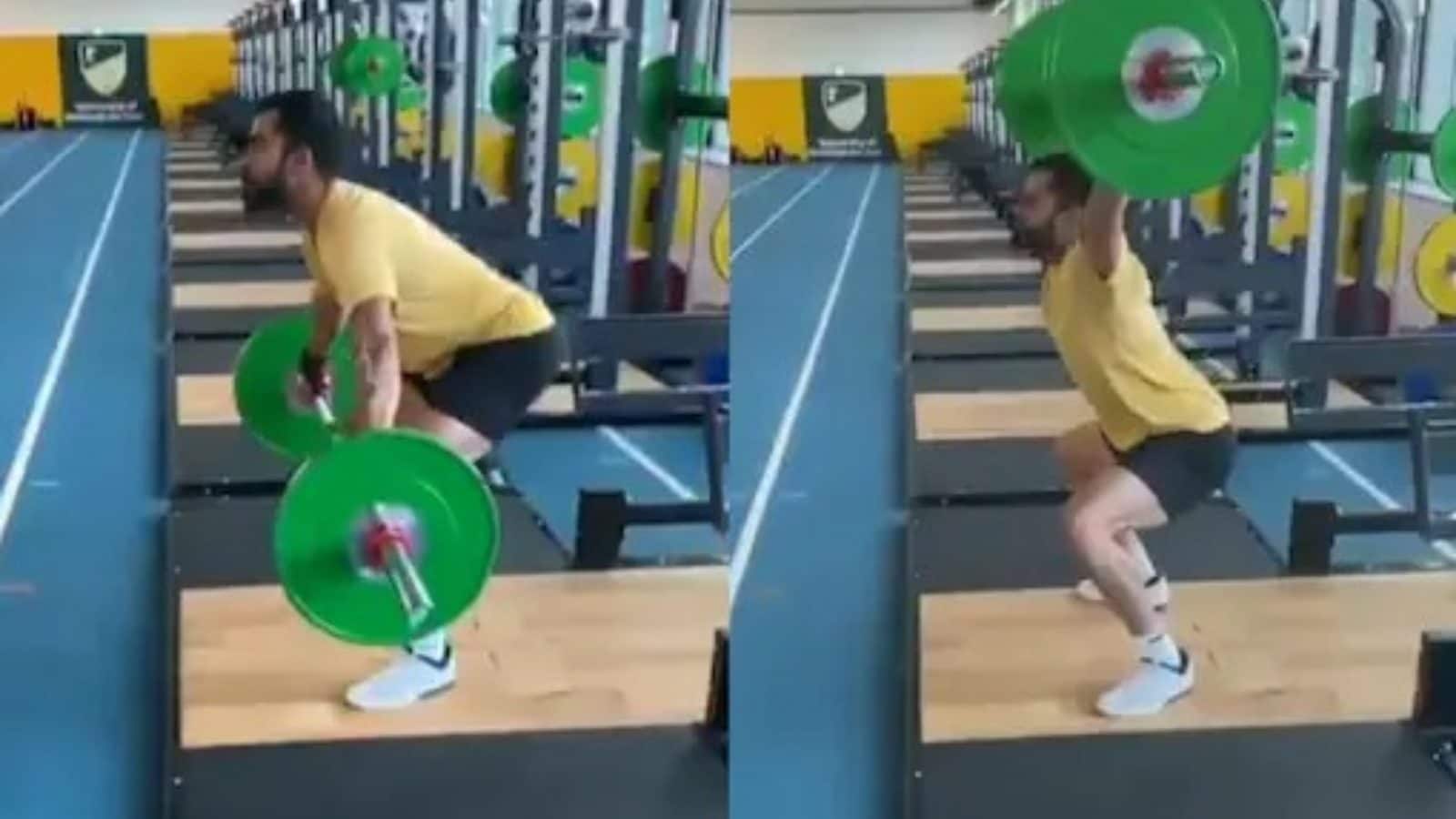 India was set a target of 209 and when day 4 ended, they had knocked off 52 runs off the target.

Virat Kohli shared a video of him lifting weights. This form of exercise is called barbell snatch.

The first match between India and England ended in a draw owing to continuous rain on the final day. One of the biggest talking points of the match was Virat Kohli being dismissed for a first-ball duck to James Anderson. After his struggles in 2014, the Indian captain aced the challenge in 2018, but this dismissal certainly added an interesting subplot to the entire series.

Kohli did not let the disappointing outing with the bat get in the way and as soon as all the shenanigans of the first Test got out of the way, the Indian captain hit the gym to stay in shape and top form for the next Test which is slated to be held at Lord’s. He shared a video of him lifting weights. This form of exercise is called barbell snatch and the short clip has been uploaded across social media platforms in slow motion that shows the entire movement.

India was set a target of 209 and when day 4 ended, they had knocked off 52 runs off the target. They needed 157 runs in the final day and were favourites to clinch victory, but weather had other ideas and not a single ball could be bowled on the fifth day. After the match, Kohli said that he believed his sides were the favourites and that one good partnership could have sealed the deal for the visitors.

“Heading to day five, we had our chances right in front of us. One good partnership and then you know what happens when there is only 150 on the board to defend. We certainly felt like we were on top of the game,” the captain told the broadcasters at the end of the match.

The second of the five-Test match series will be played at the Lord’s from Thursday, August 12.