Dozens of villages were evacuated in tourist hotspots in southern Turkey on Sunday as wildfires that have claimed eight lives raged for a fifth day, while blazes also hit Greece, Italy and Spain. Firefighters pour water as they try to get the fire under control in Kirli village near the town of Manavgat, in Antalya province, Turkey. (AP Photo)

The death toll from wildfires on Turkey’s southern coast rose to eight as firefighters battled for a fifth day to contain it, while blazes also hit Greece, Italy and Spain.

According to recent EU data, this year’s fire season has been significantly more destructive than the previous average due to the soaring temperatures and strong winds — with experts saying that climate change increases both the frequency and intensity of such blazes.

More than 100 blazes that erupted in Turkey in the last few days have been contained. However, fires were still blazing in Manavgat and in Marmaris and the inland town of Milas, prompting the evacuation of some residential areas and hotels.

From Turkey to Russia, wildfires have erupted around the world this year.

Scroll down to know more: A wildfire that broke out Saturday in western Greece forced the evacuation of four villages and people on a beach by the Fire Service, the Coast Guard and private boats. Aided by strong winds, the fire raced down the slopes and threatened seaside villages. According to EU data, 13,500 hectares had been burnt in Greece, compared with an average of 7,500 at this point in the year from 2008-20. (AP) 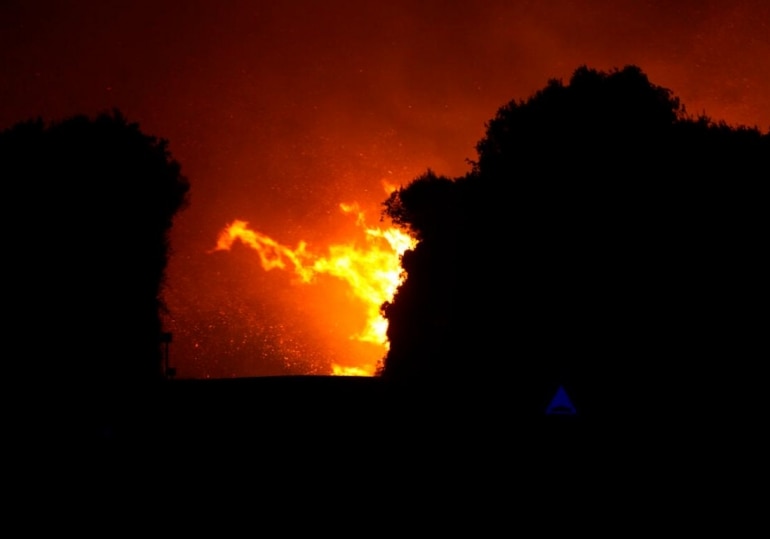 Firemen in Italy were battling for a second straight day of wildfires in Sicily that reached the town of Catania last week, forcing people to leave their homes and the local airport to temporarily shut down. The firemen told Reuters they had been conducting 250 operations in Sicily within 24 hours, of which 50 were in Catania alone. The fires hit the area of Catania facing the sea, destroying the local beach resort La Capannina where social media images showed charred beach chairs and umbrellas. (AP) Firefighters were battling to control blazes that tore through forests near Turkey’s beach destinations for the sixth day running on Monday, as water-carrying planes from the European Union prepared to join the containment efforts. The fires burning in parched conditions and strong winds since Wednesday have left eight people dead and forced residents and tourists to flee vacation resorts in boats. (AP) 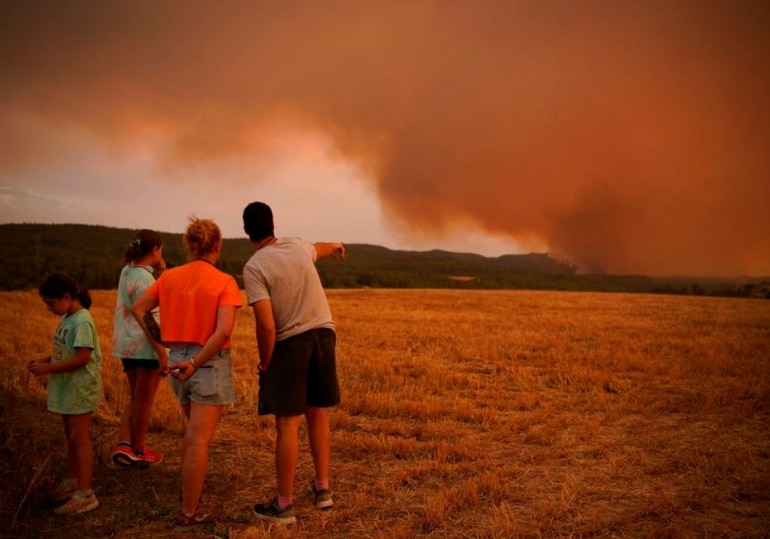 In Spain, dozens of firefighters backed by water-dropping aircraft were battling a wildfire that broke out Saturday afternoon near the San Juan reservoir, about 70 kilometres (40 miles) east of Madrid. Firefighters said Sunday they had managed to stabilise the blaze overnight but local authorities urged people to stay away from the reservoir, a popular bathing spot for residents of the Spanish capital. (AP)

5WILDFIRES SPREAD FROM CALIFORNIA TO NEVADA 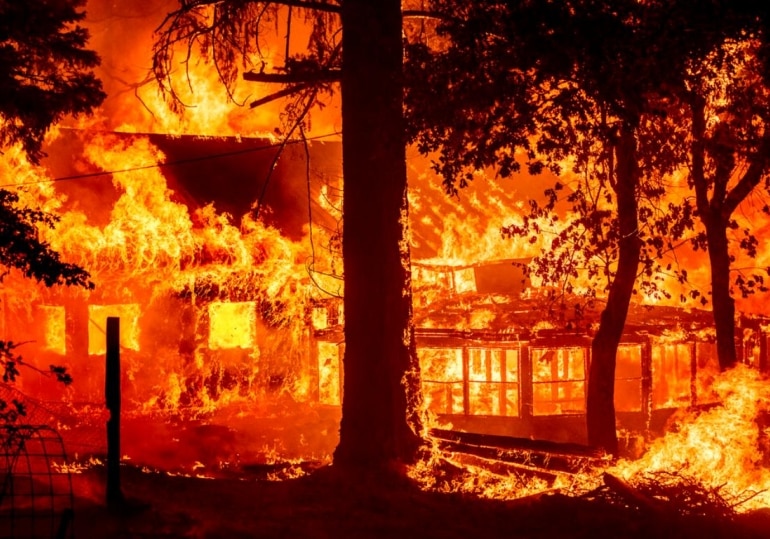 The Dixie Fire has scorched more than 325 square miles (842 square kilometers), an area bigger than New York City, and it was partially contained Tuesday. More than 10,000 homes were threatened in the region about 175 miles (282 kilometers) northeast of San Francisco. A historic drought and recent heat waves tied to climate change have made wildfires harder to fight in the American West. Scientists say climate change has made the region much warmer and drier in the past 30 years and will continue to make weather more extreme and wildfires more frequent and destructive. (AP) Raging wildfires have burned large swathes of Lebanon’s pine forests in the mountainous north of the country, killing at least one firefighter and forcing some residents to flee. In the last two years, hundreds of fires have swept across Lebanon and the coastal highland regions of neighbouring Syria during summer heat waves that reached residential areas and forced hundreds of people to evacuate their homes. (AP) Russian planes seeded clouds to bring down rain on huge wildfires raging in the Siberian region of Yakutia that in one place spread dangerously close to a hydroelectric power plant in July. Fires flare across Russian forest land annually, but they have become more intense in recent years amid unusually high temperatures across the northern Siberian tundra. Yakutia is itself in the grips of a heatwave. (AP)